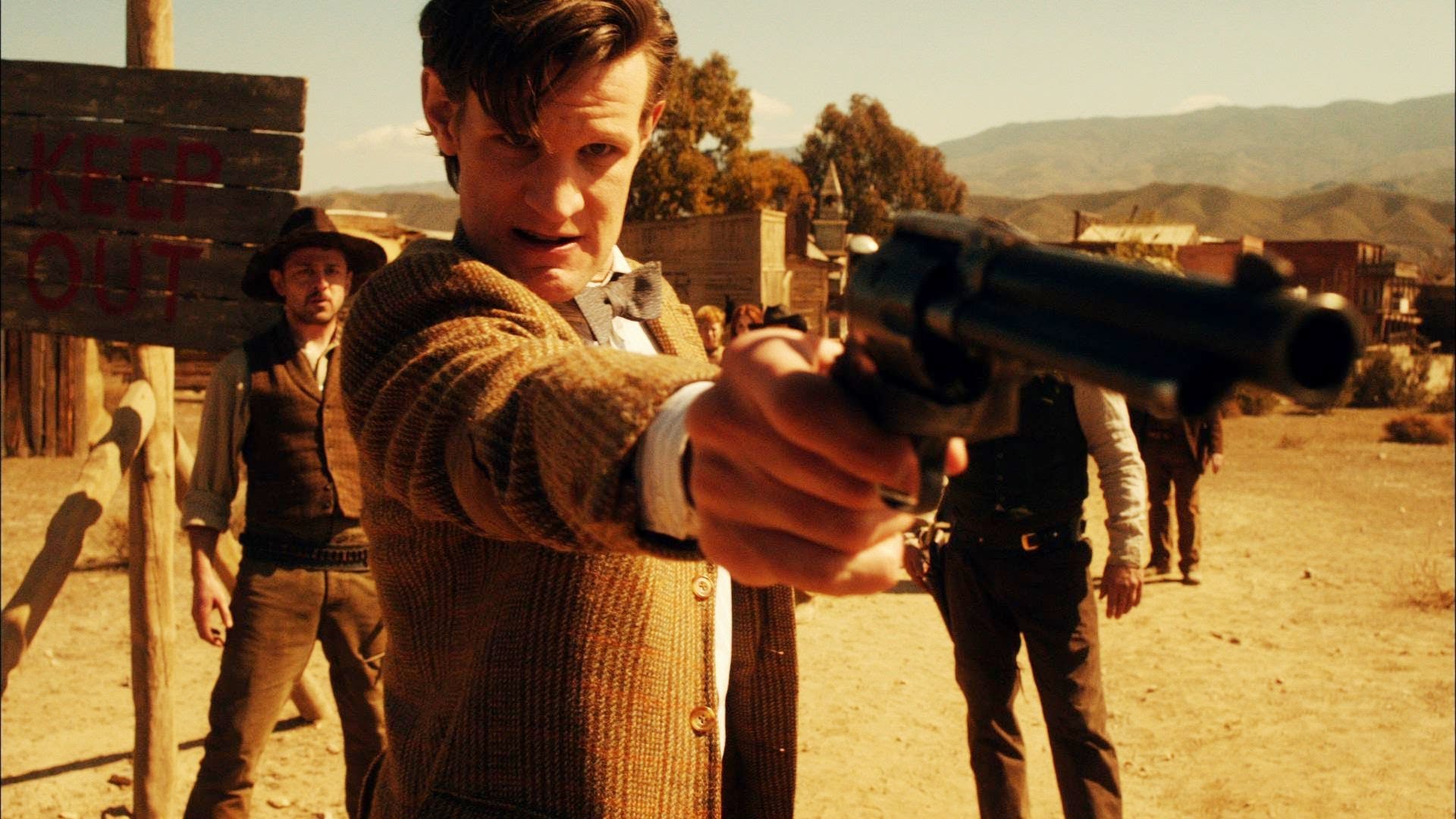 Those who know me know I refer to my field of interests as multiclassing.  I enjoy sporting events as well as comic cons.  I like talking about the merits of strategy in sports as much as I do strategies for Final Fantasy boss fights.  I even enjoy arguing about the greatness of sports players as well as the greatness of all of the different Doctors.  I think it’s good to be a well rounded sort of guy that way.

I naturally then subscribe to a host of different things on social media, and some of them are Doctor Who related (I even tried lobbying BBC to make me the brown doctor to no avail).  So last month I saw what I considered to be a nice and funny post listing similarities between a Doctor Who Convention and the Super Bowl (that’s American Football for our ex-US friends) and found it wonderful.  These were the points, according to the post, listed that both types events provided:

How great is that?  Sports and traditional geekery coming together to recognize the similarities between everyone.  And you know me kids, I like bringing people together.  I’ve even written on the topic of how we’re all the same, like how fantasy football and World of Warcraft share a lot.  So this post made me really happy.

Until, that is, I started reading the comments.  I know, I know, I should have just applied the YouTube comments rule and ignored them but once I started getting into them, I had a big problem reading some of them that were dripping in what can only be described as the old-school “geek vs sports” mentality.  Something struck me as odd though – opposite of traditional convention, the venom was coming from the geeks to be hurled at the sports fans on the page.  Unsolicited, and with a vengeance.  Dozens of people posted about how these events could not possibly be the same because “football is for losers,” or that sci fi / doctor fans are “much smarter people,” or that football doesn’t “require thought” and fans of sports are somehow dumber.  The vast majority of what I’ll call “partisan” commentary was against sports fans.  I only spotted a couple actually insulting sci-fi fans, and those “insults” really didn’t get much harsher than “it’s not real.” A fandom and community that might have been used to judgment over their lifetime is now slinging the judgment at others?  And I might add, in an unsolicited manner?  It was rough getting through it and feeling like these folks were trying to recreate a version of high school were the stereotypical geeks had the social upper hand.  Or that maybe they were slinging this venom because that’s what their fandom dictates they do.  Either way, it really upset me.  For those who claim that Doctor who is about acceptance and people being themselves, they sure didn’t play the part.  So why are traditional geeks, one of the groups I do identify with, taking this route?  Are these the same people that reveled in Simon Pegg’s recent definition of “geek” that can now be found all over the internet?  Are we so “open and accepting” to shun everyone that doesn’t identify with us?  It’s spooky, and I don’t like it.

And I’m going to be the one to say it – all this reverse judging? Not ok guys. “Ew, dumb jock” and “Ugh, stupid nerd” ended in high school. Fans of both express their fandom, and the stereotype that sports fans have the IQ of a walnut is just as over-generalized as the one about nerds living in a basement doing their thing with anime/sci-fi/computers 24/7. If you’re a “nerd” judging others then you’ve become the very people who pestered you when you were/are young, if that’s your motivation here.

Both events and both “camps” have community as a big part of their fandom, and conversations on “who was the greatest running back/wide receiver” happen just as frequently as “who was the best doctor/companion.”

Now I think I have a unique perspective here.  I’m a big geek in the traditional sense.  I’m wearing a Green Lantern t-shirt typing this right now.  I have this Saturday’s Doctor Who episode set to record because I’m not going to be around.  I spend my downtime gaming.  I launched my Final Fantasy career with the original on the NES when I was 8.  On the other hand, I love football, and I do my best to watch every Eagles game during the season, regardless of how they’re doing.  I try to get out and play golf as often as I can when the weather’s nice.  Back in high school I did quiz bowl and debate after my advanced programming classes, but still played Ultimate Frisbee after school and was friends with the guys on the football team.  You can say I have a foot in both camps as it were, and I do understand both sides of the coin. Which is why I say to everyone, with love, that it’s time to grow the hell up.  I understand that everyone is passionate about what they love and develop fierce loyalties.  And we gravitate to people who share those passions and find a sense of community.  But why does that mean that every other community is somehow inferior or less intelligent or somehow worse than yours?  I just don’t get it, not these days anyway.  According to these Whovian purists, has my INT stat taken a hit because I have a mind for sports as well?

According to my social media feeds, yeah.  And that’s sad.  I can guarantee you that once football season starts and posts/tweets about the NFL start ramping up in a couple months, so will the tweets and posts from those who feel intellectually superior, making damn sure that you know they’re too intellectually superior to watch sports.  You will also, however, find that the reverse is not true at all.  How do I know?  because I’ve seen it every season since I’ve been on Twitter.

So are there really fan-based geek outcasts anymore?  The folks I play fantasy football with are the same people who I used to raid with.  “Sports geeks” as I call some of my friends know every stat and every event, both major and minor, in their arena of sports interests.  They’re also some of the sharpest minds I’ve met.

So back to what I was talking about before in regards to Simon Pegg’s geek redefinition:

“Being a geek is all about being honest about what you enjoy and not being afraid to demonstrate that affection. It means never having to play it cool about how much you like something. It’s basically a license to proudly emote on a somewhat childish level rather than behave like a supposed adult. Being a geek is extremely liberating.”

Is there anyone here that disagrees?   He put into words how I’ve always felt.  And there’s a place and room for a lot of different types of folks at my table.

To those who feel like the negative facebook commenters, did I betray you?  Have I gone astray from your fierce Whovian fandom?  Then in the words of the Doctor himself (from A Town Called Mercy):

Please, point a gun at me if it helps you relax.