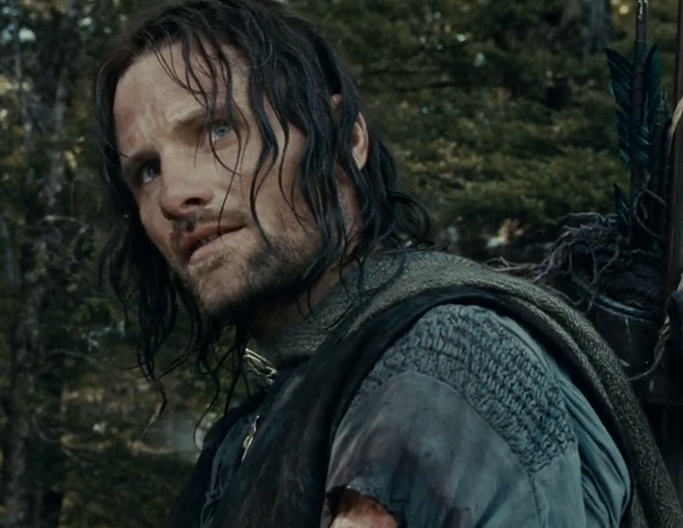 [Originally published on Sub Cultured as The Aging Gamer: Archetype, Age, and Leveling Up]

What do you kids know about archetypes? They are a set of what psychiatrist Carl Jung called “elements of the collective unconscious” a long time ago- basically roles people play, or a persona if you will, underlying their behaviors. I’ll skip the rest of the the psych lesson for today but whether you know it or not, in our sphere of geekery, archetypes are the basis of what forms characters and situations in movies. And that includes video games. In my opinion, it’s why we’re drawn to certain characters that we play. For games that allow character customization it’s even more true – it’s why we design them the way we do.

Since I started my gaming life with the first Final Fantasy on the NES, I’ve I’ve encountered two types of gamers over the years. The first is the watcher, experiencing the game in the third person – connecting with with the game world from the third person, acting like the game’s God. The second is more me – and that’s the player that not so much sees him or herself outside of the game looking down, but draws parallels to the characters and identifies with them. And it’s interesting to see what kind of characters one identifies with since I do think it says a lot about that person. It’s a combination of what we see in ourselves and maybe a little bit of something we’d love to see in ourselves too. What’s coming next doesn’t really apply to that first type of gamer, since what i’m talking about is player identification with characters. But like I said the second type is all me. And there’s a lot of different archetypes that players like me could identify with.
To break it down a little better, let’s work with some material we should all be familiar with – the Lord of the Rings trilogy. Let’s look at a few of of the characters and how they’re portrayed through archetypes in book and film. Not a complete list, but here we go:
So there are more than that depending on who you’re talking to, and yes in modern times a lot of these are subject to modification, but I think you’re picking up what I’m putting down. We can see them as character classes.
(short break for game rage – if you roll a rogue in World of Warcraft, I’m going to give you hell for your overt trickery and cowardice on principle).
When I was young I always identified with the classic hero. Strolling through killing monsters with sword and board, pushing the attack, and fulfilling prophecies sounded pretty good. Going back to that Final Fantasy on the NES, my lead character was a fighter named Tush (we only had the 4 letters in the 8-bit days). I’d set up my support and away I’d go. I wouldn’t lead with a black belt character for example, because in my head “the guy leading the charge doesn’t wear wooden armor, what’s with that?” And in every RPG since then for a long time, that continued. Little did I know until later that this mildly squishy character evolves to become the game’s best pure physical damage dealer by a mile – unarmed to boot. The same holds with Gandalf in our Lord of the Rings comparison – how much did you cringe when he didn’t know which way to go in Moria? or when he was chilling with his pipe weed from the shire? Little did we know that wasn’t even his final form. Gandalf the White tore it up in Minas Tirith and worked with the story’s trickster to (surprise) trick everyone into lighting the beacons for the greater good.
Ironically now I’m a Jiu Jitsu blue belt with a penchant for collar chokes so you know, things change. My retro-apologies to the black belt class back in ’89.
As we get older (or at least as I got older), we change into different people that place higher value on different parts of life, and have a more balanced and nuanced view of ourselves, including which traits we foster and which we ignore. It’s like our stat sheet changes, we level up like mad, and we start multiclassing for the sake of party balance.

I stopped identifying with the brash and unexperienced hero. There’s a fading amount of that material I connect with anymore. It’s different seeing what’s around us instead of understanding only what we can see. Shooting from the hip was replaced with forethought and battle plans long ago. So who I do see more of myself in is the Sage. I’ve done a lot, I’ve gone through a number of trials and tribulations, and now I have wisdom to pass down and help people as a seasoned sage. I help coach kids in martial arts. I mentor younger geeks trying to make a name in the field. Struggles are different, and one sees thing with a wider lens. I’ve gone from Tidus to Auron. Wrynn to Khadgar. Pharah to Ana. Neo to Morpheus.

Wolverine to… well, Wolverine.
And that seriously affects how I play games these days. As much as the internet has turned Overwatch‘s Soldier:76 into a old man dad for all the other characters for example, there’s pieces of him I can get on board with. Sometimes one feels grizzled or grumpy, or hell I’ll say it, Clint Eastwood-y. And Soldier:76 kind of speaks to that. He can still do damage but can take care of others with heals. And he’s not ashamed to use tech to help him get the job done. Tactical visor activated all up in this point, bastards.
I heal more too. While when I started World of Warcraft I wasn’t about to heal any dungeons, but now in Overwatch I break it down with Lúcio keeping everyone up with those heals. Healer and Mage classes that stack intelligence over strength speak louder to me now, because that’s my primary stat in life. I live because of my brain, and manipulate tech to do my bidding with a digital staff which doubles as a whoopin’ stick for young whippersnappers that get insolent.
It’s not just games this holds true for – there are other spheres of geek media that this spill over into. I have more appreciation for a well written complex character who’s a little bit older but has far more depth. Because I’d like to believe that about myself. Dumbledore was my homeboy in the Harry Potter series, and I know this may come as a shock and some of you may get a bit angry for what I’m about to say, but Peter Capaldi’s my Doctor in Doctor Who, more so than Matt Smith and David Tennant.
I’m not saying that there’s no room for young and hotheaded in the games I play. I’m just saying people change, and their tastes in things like this, while mundane to most, weirdly have a lot to say on who we are. And I’m in a place now where I can appreciate that.
Because make no mistake – I still have my means for taking down the metaphorical Ganons out there like a champ but…

August 21, 2016
Our Review Process
Latest Reviews
Where to?