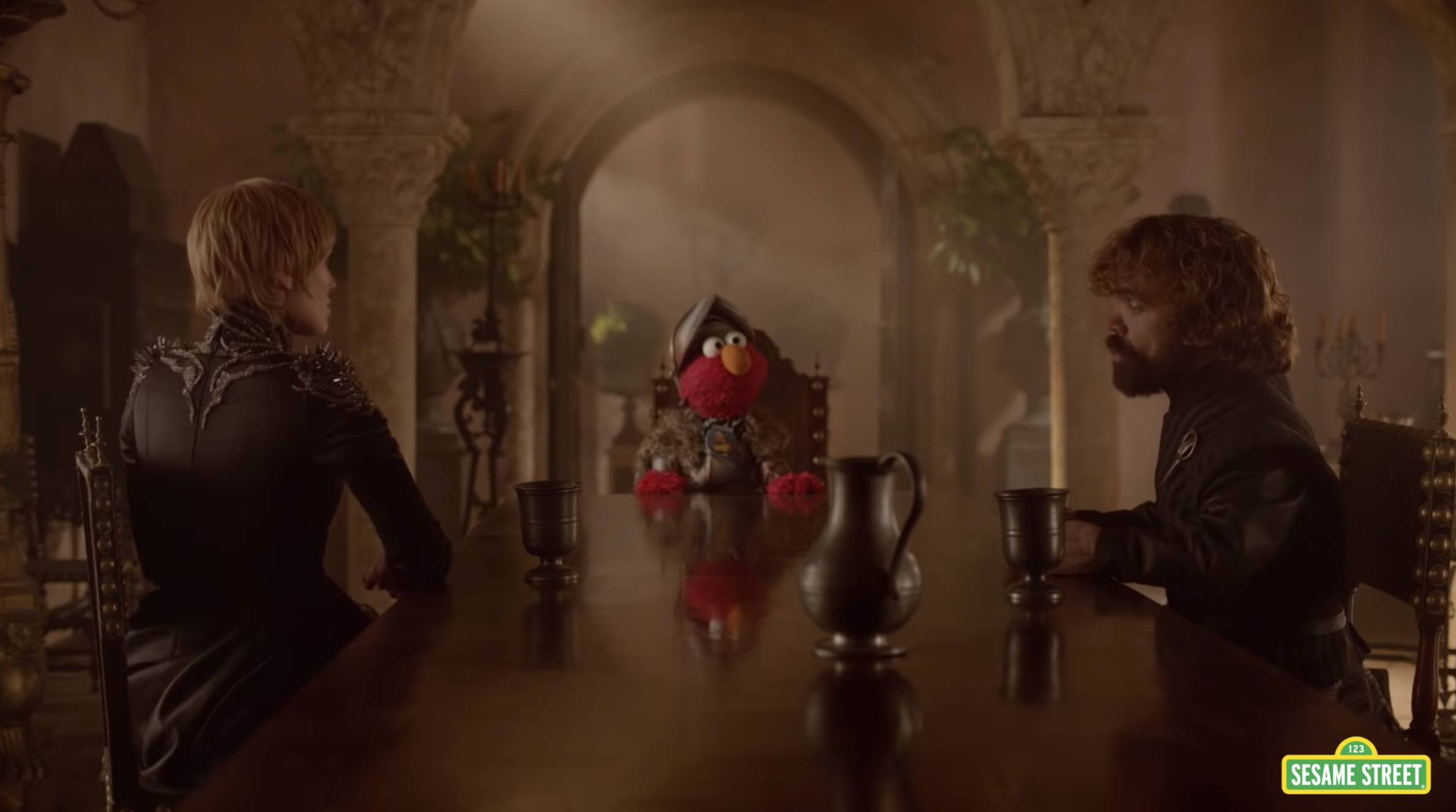 Having grown up on Sesame Street all those years ago, I have a true appreciation of all of the TV show parodies they would make as funny little vignettes for children. The muppets on the street always had their furry fingers on the pulse of pop culture, and have lampooned the biggest of grown-up TV shows, even taking on Game of Thrones with their musical chairs parody “Game of Chairs” back in 2015. It was full of puns for fans of the show that I guarantee you flew right over the heads of the young kiddos that were watching – and you should definitely check it out here.

And while the spirit has remained, oh how things have changed.

Now that Sesame Street is an HBO property, proper crossovers can be made. And that’s exactly what they did this past week with Sesame Workshop’s campaign on respecting one another, pairing Elmo with the siblings Lannister and dropping Cookie Monster into Westworld. First let’s look at Game of Thrones.

In House Lannister, respect isn’t really something that’s shared at the meeting table, especially between Cersei, hateful queen of the Seven Kingdoms and Tyrion, loyal bro and Daenerys’s #1 dwarf. The scene goes pretty much how we would expect until Elmo crashes the party and has some things to say.

“When Elmo has a problem with his friends like Abby or Cookie Monster, Elmo doesn’t get upset. Elmo listens and learns from what they have to say.”

This may be the first time we’ve seen Queen Cersei genuinely smile and look awkward, but hey, it’s a nice change of pace. “Respect is coming.”

If Elmo crashing House Lannister isn’t enough, how about Cookie Monster getting lost in Westworld?

“Respect important for everybody! People! Monsters! Even you robot lady!”

These are the first two videos from the #RESPECT campaign. HBO has also brought in Common to rap with Big Bird about respect and how to “live it, give it.” I’m sure we can expect more from them, but the Game of Thrones and Westworld parodies still stand out a bit more.

While these TV parodies are usually aimed at teaching children, maybe the target of this pair of videos is more appropriately children of all ages. Because we could all use a lesson from Sesame Street right about now.

April 21, 2019
Our Review Process
Latest Reviews
Where to?