Play NYC – A Bigger and Better Year 2 this Weekend 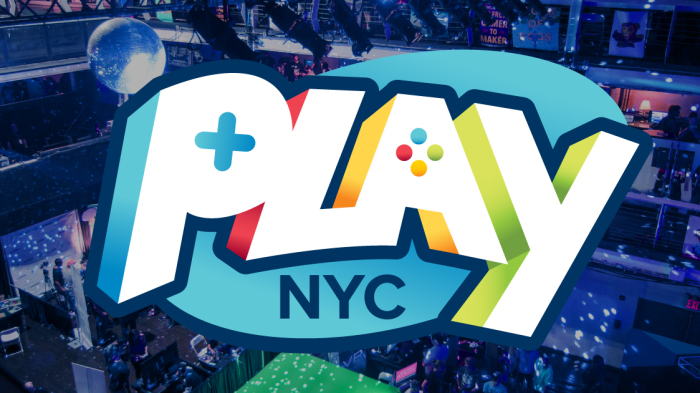 After literally running out of space in Terminal 5 for their opening show last year, Play NYC, New York’s first event dedicated to indie games and development, will be roaring through the big apple again this weekend on August 11th and 12th. The first show was one of my favorite events of 2017, giving us a roaring game convention that kept an intimate and community feel and and an overall fun factor that can be drowned out by a sea of humanity and booth-to-booth drudgery of larger shows. Their sophomore event will feature over 100 developers bringing over 160 games, covering not only console, PC and mobile, but VR and tabletop as well. Maxing out their 5,000 capacity last year, Playcrafting has set up a multi-year deal with the Manhattan Center – this year using the Hammerstein Ballroom, but giving themselves room to grow in 2019 and 2020 into additional space the venue has to offer. Dan Butchko, founder of Playcrafting, has been working on this since Play NYC 2017 was over: “A lot of the work that went on for us after last year’s event and before this year’s event was making sure that we found a venue that we would call the home of Play NYC for years to come,” he said in a recent interview with Technical Fowl. “And I’m really happy we were able to find that in the Manhattan Center, so they will be our host for the next several years for Play NYC and we’re set up now to welcome up to 10,000 people.”

Now having a place to call home, Play NYC and Playcrafting will continue to focus on game development in New York City in a big way, working with the government to help set up tax incentives for larger scale New York developers. It comes as a surprise to him (and me, really), that so much active marketing is done on behalf of the city, which Butchko considers “the final frontier of game development in the United States.”

“It’s alarming to me that when I go out to E3 and GDC it’s like I’m selling New York City, which is insane! I never thought part of my job would be convincing the games industry that New York is worth going to and worth investing in.” With the beginning of what is no doubt the meteoric rise of this event, Dan spoke about community being the core of the show, which was evident from their first event. He describes Playcrafting, the organization behind this event and others, as already having a community in place and building this event in service to that community. This was the bulk of our conversation, but really this concept is what Play NYC has over every other games or pop culture convention I’ve been to over the years.

“Because Playcrafting was born of such a vibrant, passionate and talented community in New York it was important to us you walk into Play NYC the convention and you feel that community vibe across every type of person who’s there. So whether you are a general attendee or an exhibitor or member of the press we wanted to make sure that this this was in service to all of those folks, because a lot of them are there looking for that sense of community in a place like New York that is typically not recognized for the developers, streamers, press and fans that are here. So we want to make sure that feeling and that attention to detail and community is growing and scaling up right alongside the event itself.”

Playcrafting and Play NYC are in this for the long haul, and are already looking on how to expand after they have a couple of New York shows under their collective belt. Butchko mentioned Philadelphia and Washington, DC as potential sites where the show could expand to, as well as the prospect of bringing triple-A studios into the show along with the indies. He’e excited to work on the challenge of being able to do and making sure that they’re not “crushing out the smaller studios and smaller teams.”

I’ve got nothing but good things to say about Play NYC 2017 and I’m expecting bigger and better this weekend at the Manhattan Center. Even if you’re not a gamer it will still be a fun time just to attend for a day with friends. That’s the feeling I got last year, and according to Dan that’s exactly what they were going for:

“We want to make sure you walk in to Play NYC across the board and you don’t have to be sort of in on gaming culture, or feel like there’s sort of an inside joke you’re not getting. We like the idea of turning Play NYC into a carnival – people can go just because they want to have a good time with their friends their family and loved ones. It can be both productive from a business perspective for press and developers and streamers but also just a fun time whether or not you consider yourself a quote-unquote gamer.”

You can get more info on the show at Play NYC’s official site, with information on tickets through showtime to take a day trip through some gaming fun. You’ll find not only some great indie games that feature some of the most off-the-wall and out-of-the-box concepts and controls, but a fantastic time that will make you feel at home.

August 10, 2018
Our Review Process
Latest Reviews
Where to?