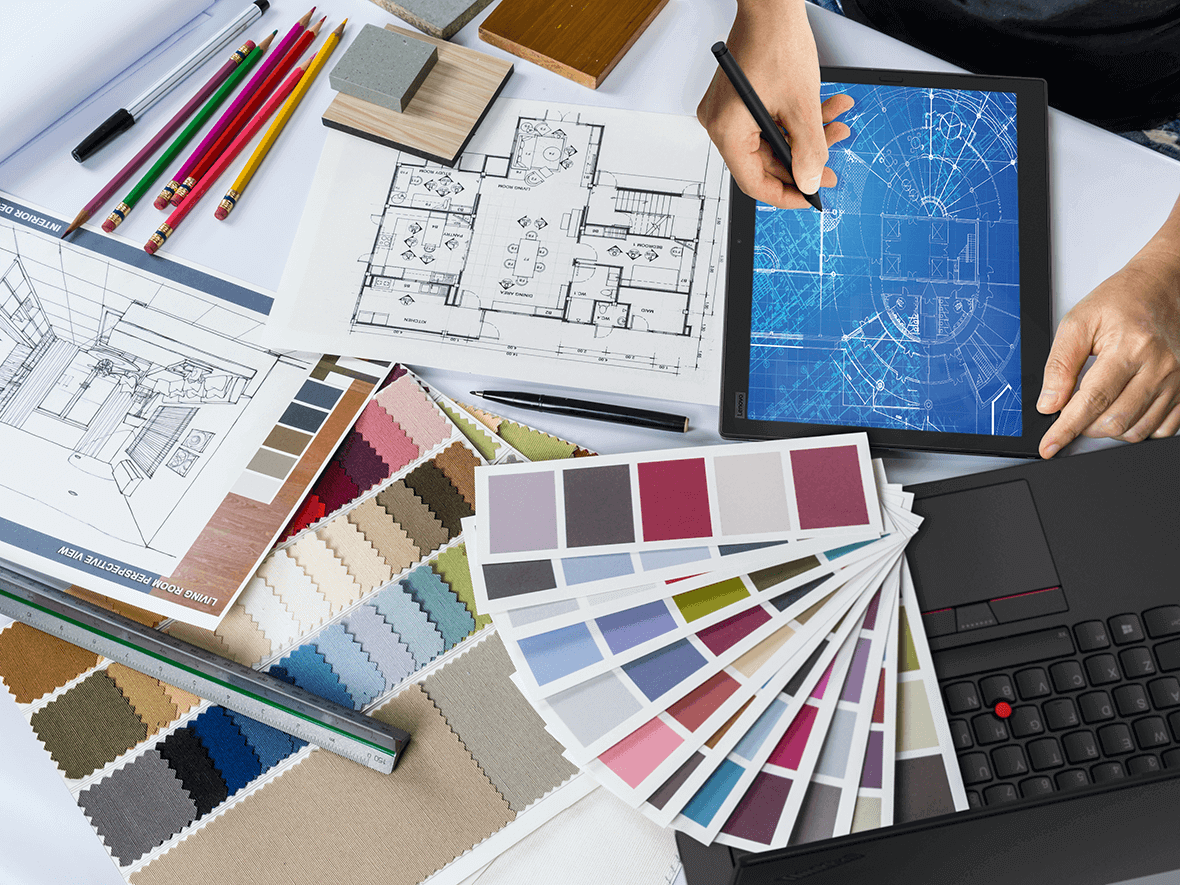 Pen housing sticks out and is not magnetized

Have to pop out tray to access/install microSD card

Battery life could be longer

So we’re going to be taking a little break from Lenovo’s Legion line of machines to hop over to the enterprise side. Instead of a gaming laptop with a shiny GTX card and backlit keys, I got to take a look at Lenovo’s ultra-portable competitor to the Microsoft Surface, the X1 tablet.

As always, the specs first: As opposed to the gaming machines from Lenovo that I’ve been reviewing this year, we take a short departure to a machine designed for pure productivity. Trading in a dedicated GPU for ultraportability, the X1 tablet comes in at just over a quarter inch thick (8.9mm) and just under 3 lbs (1.36 kg). Easily tucked into a briefcase as your primary business machine or even additionally as a bonus traveler, the X1 tab delivers a lot of 2-in-1 value and shows that the Microsoft Surface Pro is not the only option for Windows tablets powered with Intel core processors and optional LTE functionality for network on the go.

The X1 tab comes with a built-in kickstand that bends out to 170 degrees, letting the user stand it up on a table to watch a movie or presentation or give it a slight tilt up to be a bit easier on the eyes while doing some work. The construction itself is light and sturdy, and the build quality is up to snuff with what we’ve been seeing from Lenovo for the last couple of generations. The same can be said for the type cover that comes with it – it has real keys with good response, and includes a large 3-button trackpad complete with a red trackpoint button in the middle. That’s a big plus over the Microsoft Surface, which not only has an inferior type cover, but provides it at an additional cost. In addition to the nano SIM slot and headphone jack, the X1 comes with a 4-in-1 microSD card reader and 2 USB-C / thunderbolt 3 ports that can be used for DisplayPort and data transfer. Because it provides power, not only can you power the tablet through it, but charge other mobile devices. That will get you most of what you need to do, but unfortunately there’s no full-size USB 3.0. Given that this is a machine that’s meant for travel and business on the go, the best option for physical storage would be a USB-C hard drive, or using OneDrive, Google Drive, Dropbox or another similar cloud service to have your data available.

The 3K 3000×2000 multitouch screen is one of the best that I’ve ever seen on a tablet. Not only is the color representation on point but when cranked up the screen is beautifully bright. The speakers on the other hand are what would be expected from a tablet – but that’s easily remedied with some external headphones over the audio jack or bluetooth.

The biggest bonus with the X1 is the pen that comes with it. Now I’m a stickler with mobile device pens – I have stuck with the Samsung line of Note devices for the last few years because of my penchant for notetaking (the increasingly woeful  weakness of the glass, however, and frustration that brings is another story for another post). It writes smoothly with different levels of pressure and performed wonderfully in my real-life notetaking tests during meetings. It’s easy to be able to write in Microsoft Word and be able to export my notes as PDF’s and carry them around for easy access. The fact that the pen also comes with the X1 tab as opposed to an additional purchase for the Surface also makes it feel a bit better using it.

So let’s get to it! Now that you’ve read up on the nuts and bolts – it’s time for Technical Fowl’s battery of tests. So, this is a machine that is geared towards lightweight portability and is not designed to be a technological powerhouse. On the portability side, I could easily carry this around town for meetings at client sites and public sites like Starbucks with absolutely no issue and no heavy feeling. As I mentioned above, the note taking functionality was on point when it was shifted into tablet mode. Being able to pop it up on its kickstand without the type cover keyboard made presenting to small groups sitting around a table extremely easily.

Back at the house I did some browsing and writing, then fired up Netflix to watch some IT Crowd and West Wing, followed  by seeing what games were actually possible to play on the unit. Some heavy heavy (heavy) downloading testing out Blizzard’s suite as well as some things on Steam and the web took its toll on the device, and I wasn’t able to scrape more than 5 hours and change out of it.

For a business day though, without the mad downloading and testing of games, got me closer to 8. So it will probably last you most of if not an entire workday.

WHAT CAN I PLAY?? So I was… ambitious. My first tests were Overwatch, World of Warcraft, and Life is Strange. The first two confused the device on resolution changes, and just didn’t seem to have settings low-end enough to make it playable. Life is Strange was semi-playable if all of the effects and the resolution were pulled alllll the way down. Maybe the Unreal engine is a little rough without a dedicated card.

Hm. OK. We’re not looking for huge FPS numbers and ultra-high resolution here. I got it.

So I tried with Hearthstone and Diablo III to see if something a little more low-detail would play nice with the X1. Hearthstone worked out pretty well and I didn’t have to drop the settings to barebones to do it. Diablo III also works, as long as your idea of “working” is dialing down to mid-level graphics at best to be able to get in some decent gameplay at a workable FPS.

And that should be your idea of what “working” means. This is a business tablet without a dedicated video card!

Your retro library is also fully playable on this. For example, Final Fantasy VII was a blast from my past that ran like a charm. I love this thing as an everyday machine. It’s light and easy to take on the road for work. The screen is pretty enough for streaming video and multimedia. And if I’m traveling for business, the occasional escapes into games on the level of Hearthstone – even Hearthstone itself really, is enough for me to be able to get through a day of work. Now remember, I had the full-bore i7 model to review, and that’s why the tablet’s minor in gaming supports the X1’s major in business functionality.

If it comes to a comparison the the Surface Pro, I give Lenovo the advantage on the build quality, the included type cover keyboard and pen, and the price too. i5 editions start at $1,128 but decking it out with a core i7 and 16GB of memory still keeps you under $2,000… which ain’t bad.

My gripes are pretty minor. This is a business traveler tablet and not a gaming rig so I can’t really grade it on the same curve. I’d love to have this one personally – not only for work, but for traveling to and covering conventions throughout the year. It’s the Windows Pro tab I would have over the Surface Pro and issue to my frequent flyers as a lightweight option, and it shows that a smaller budget doesn’t have to come with a sacrifice in performance.

Play NYC - A Bigger and Better Year 2 this Weekend

August 29, 2018
Our Review Process
Latest Reviews
Where to?