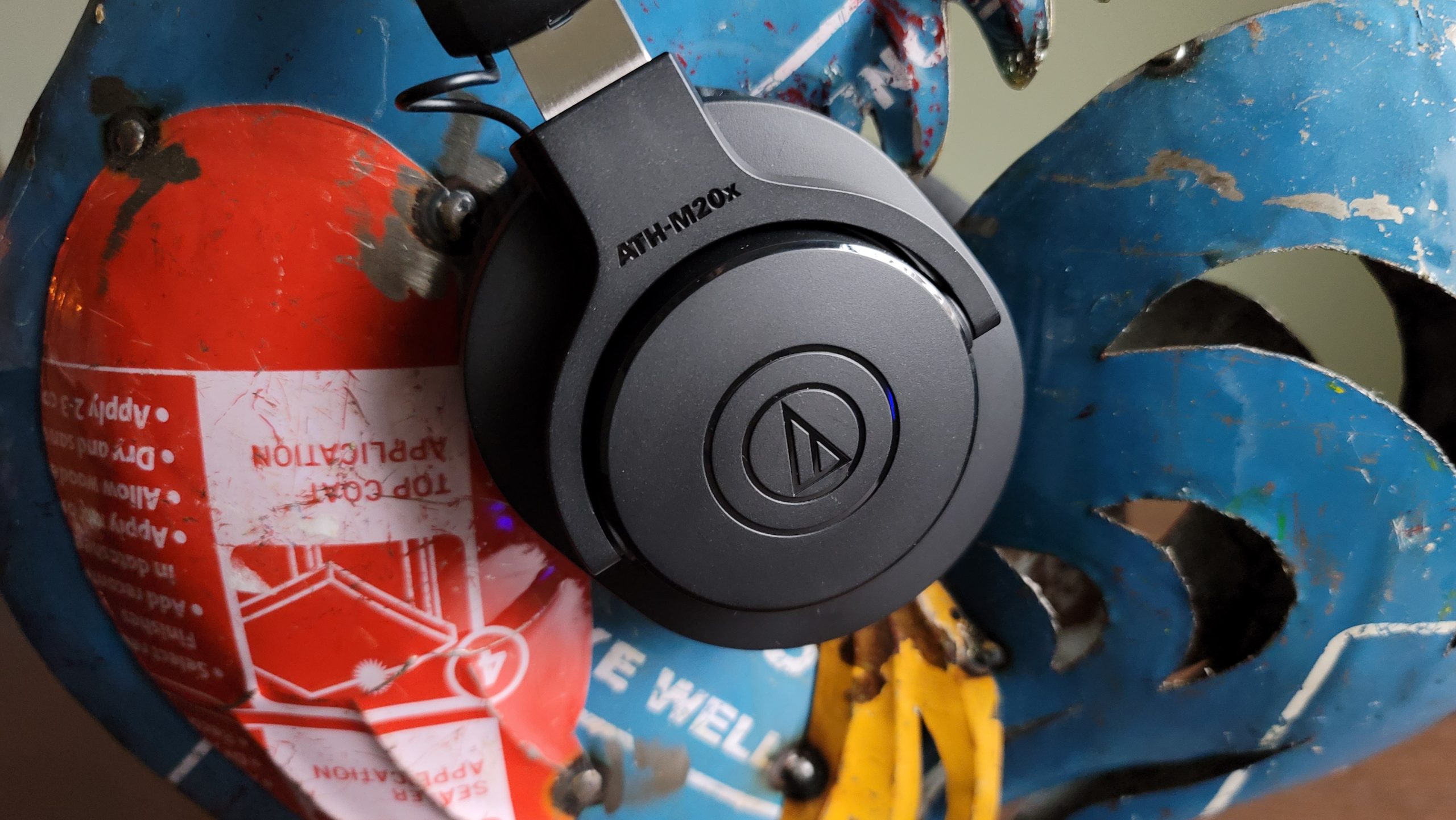 No Bluetooth support for AptX codec

Inspired by their original wired studio headphones, Audio Technica brings us Bluetooth-enabled versions of their M-series. We have the M20xBT and M50xBT2 in house, and today we’re looking at the M20xBT, which is available for $79.99. Before we continue, here are the specs: As we mentioned at the top, the ATH-M20xBT is inspired by the original wired ATH-M20x studio monitor headphones. Physically we’re looking at the same headphone construction, with a slight weight increase from 190g to 216g, naturally to have the additional BT components built in. Otherwise it’s mostly plastic construction, but keeps it light enough to easily throw into a computer bag or a carry on while traveling. It doesn’t come with a carrying case like the M50xBT/M50xBT2, but can still travel pretty well. We also have the same soft cup and earband construction, with controls on the left cup for calls and volume. And unlike A-T’s gaming headsets which all feature external boom microphones, the M20xBT has a built in omnidirectional mic, so you can still use these for calls and videoconferences online as well. They’re comfortable to wear for extended periods of time, regardless of how you’re using them. While these are a Bluetooth set, they also still allow wired listening trough the included 3.5mm audio cable to give users a bit more flexibility with how they want to user them, and also helps eliminate any latency that may still be there while operating over Bluetooth. A 3.5mm cable as well as a USB-C for charging are both included in the box.

The headphones charge via USB-C with your standard phone charger or off of your laptop or computer, and boasts 60 hours of audio playback before you have to plug it back it to charge up. When you do need to plug it in, you can get about 3 hours of listening time after 10 minutes of rapid charge, so you’ll never be down and out for long.

So we had a few different parts of our test. Offering both Bluetooth and wired connectivity let us use this on a number of devices to test out not only audio but video, calls, and gaming. First off, BT audio. While this was inspired by the original ATH-M20x there’s some improvements on paper – mainly a wider frequency response range being increased to 5Hz-32kHz, up from the original 15Hz-20kHz. That means the high highs as well as sub bass are represented extremely well. Most headphones in this price range operate at 20Hz-20kHz, and this was a noticeable difference. And while the volume and function controls are a simplified 3-button set, they were easy to use to switch modes and volume.

Listening to Ramin Djawadi’s cover of “Wicked Games” from Westworld the M20xBT’s held up, representing the entire range while highlighting, as expected, the high strings from violins and the big bass hits without distortion.

On Massive Attack’s “Teardrop” the bass kicks never overpowered the clicks in the mid-range, and the high vocals came through loud and clear. What’s nice is that there’s subtlety in the lows – meaning that instead of just being a low-range punch to the face the different levels are balanced and audible.

Next we did some video. You’ll definitely need to click into low latency mode since we did experience a tiny bit of lag without it on streaming services like HBO Max and Netflix on our PC – it was most pronounced streaming through PLEX. Once we had that setting clicked on we watched the Red Circle scene from John Wick, because there’s just so many sounds from so many sources filling the soundstage. The spatial fidelity and sound range immersed us into the scene, where the club music and the high pinging chirps of the gunfire easily coexisted.

The low latency mode also helps for PC gaming as well, where players always want to run on as little latency as possible.

One thing about the Bluetooth codecs is that this doesn’t support AptX, and only runs on AAC and SBC. This isn’t necessarily great for Android users, but we were able to operate without too many issues. The one we did see was a heavy delay while testing phone calls, which was between a Samsung Galaxy Note20 Ultra and a Google Pixel 6. Low latency mode does do some work to remedy this. The ability to listen to media wired is an immediate cure for any kind of latency or loss, and also allows us to use the headphones on different platforms. My PS5 runs my living room for both gaming and streaming, so plugging the headphones into the PS5 controller allowed us to test that out as well. No surprise we got great sound in a profile we expect from a closed back headset, where isolated sound is prioritized for up close fights and soundtracks. This was great for fights in the new God of War: Ragnarok where you’re usually dropped into a fight with attackers on all sides.

Now onto the battery. Yep, it absolutely hits the 60 hours advertised by Audio Technica. We charged it up, paired it to our PC and streamed all the content we could continuously from one of our favorite YouTube channels, MMA On Point. We simply let it run, and it finally died halfway through day 3. Absolutely fantastic.

Audio Technica’s ATH-M20xBT feel like an improvement on the original MX20x’s, adding Bluetooth functionality, keeping wired functionality, and providing a great sound range at under $100. It’s a no-frills set of headphones that delivers performance without the creature comforts of more expensive models, and in our opinion is ideal for audiophiles on a budget, home aficionados, anyone working in a studio or likes to mix at home, and students. The Bluetooth codec support is a bit light, for example not supporting Qualcomm AptX in addition to AAC and SBC, but we still like them a lot.

The performance is only made more impressive by the price point, and the ATH-M20xBT is a great set for anyone to have in their collection.

November 30, 2022
Our Review Process
Latest Reviews
Where to?