If the question, “was it Miss Scarlet in the conservatory with the revolver, or Colonel Mustard in the study with the lead pipe” immediately transported to your childhood gaming life, then the Drink Philly Cocktails and Clue party was right up your alley.

Held this past Friday, October 19th at the Stotesbury Mansion, it’s just one of of an ongoing festival of fun events that regularly entertains and gets you tipsy in Philly. Guests wore Clue-inspired attire and explored the three floors of the historic mansion searching the various expected rooms for clues to the mystery killer. There were some impressive Colonel Mustard and Mrs. Peacock cosplays and even one person appearing as the dice from the game. My party consisted of Professor Plum, Misc period man and myself as the weapons supplier. Because the guests dressed up, most of our favorite movie characters didn’t make an appearance as part of the cast. You had to appreciate a little artistic leeway as the actors talked about their “famous friends and relatives” relationship to the deceased Mr. Body. If you inquired, they would show a hidden card of who was NOT present at the murder and allow you to piece together the suspect clues.

Various weapons were present in the Study, Library, etc. so the process of elimination allowed for discovery of the murder location and some eclectic alcoholic flavor exploration on each floor. Once the murder was solved on your scorecard, you received confirmation and a self-congratulatory pat on the back. Of course, all the while you should have been consuming copious amount of booze, and tasting the different combinations in each room, so maybe the challenge is less about clues and more about being clear-headed.

The next event is the Drink Philly Halloween boos cruise on October 31st. Sail away to spooky times. Make sure to check that and other Drink Philly events HERE. 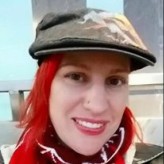 October 29, 2018
Our Review Process
Latest Reviews
Where to?