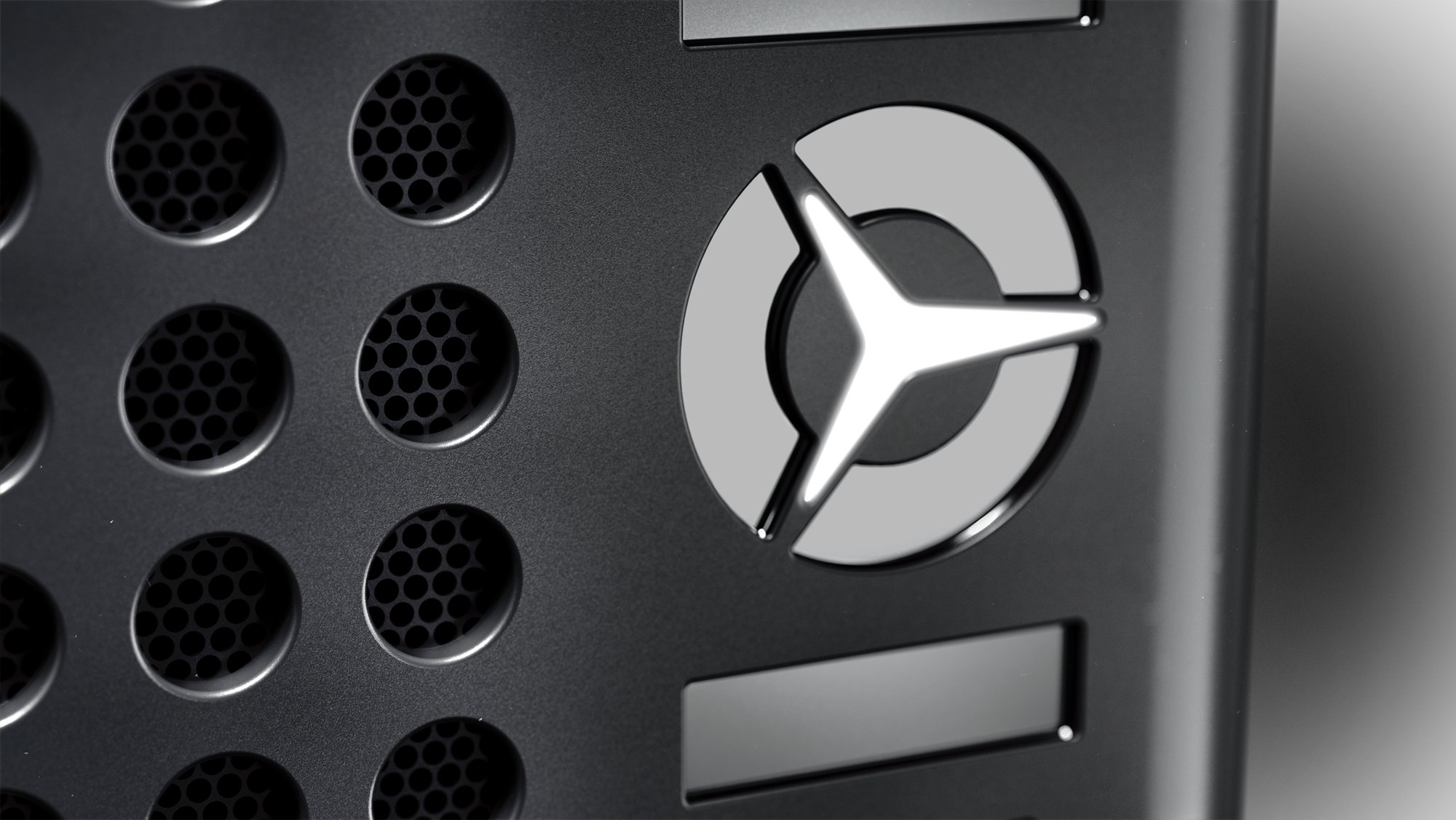 Small size with no power tradeoff

Would love a larger SSD We take a short detour into desktop land today for an in-depth look of Lenovo’s mini gaming cube, the Legion C730. This one will be a little bit different than the laptop reviews we do here – I’m not exactly taking a desktop around with me in my computer bag to client sites and meetings, nor am I using it to type articles like this or do some casual gaming while relaxing on the couch while watching television.

This is the first of the cubes that I got to try out, and I was looking forward to more gaming power seeing as these cubes come packed with desktop-grade nVidia graphics cards. My review unit was decked out to the nines, so my expectations were high.

I remember back when I was a wee lad building computers almost 20 years ago that I loved building rigs in full towers. They were sturdy, they were massive, and you could fit just about anything you needed into them. Fast forward to 2018 and this little cube delivers almost anything one could need to operate both as a high-powered gaming PC as well as a daily use desktop. It sits at half the size of my current mid-tower build and is easy to carry around with its built-in handle. Remember trying to lug around those steel-plated full towers? Well some of you might, and those days are over.

The C730 cube measures in at 9.09″ x 13.07″ x 9.53″ (231mm x 332mm x 242mm for our metric friends), making it as mentioned easy to carry around for whatever mobility you may think you need for a desktop. The big plus for me was that these dimensions let me add it with a 20″ monitor onto my office desk without having to remove the twin 27″ monitors and speakers I have set up. It rested easily on the end with space for a keyboard and mouse too. I’m an IT pro and for me being able to save desk space while still being able to have multiple machines up and running is a big plus. I could see this being a big advantage in places with a smaller office or computer space as well. It can be tucked out of the way and out of sight easily if needed. I guess it could be used if you do the e-sports, you know, if you’re into that sort of thing.

And with that nVidia GTX 1060 6GB card headlining the specs, this little cube is 100% VR ready.

The cube design sports an industrial look that’s augmented with RGB lighting through its fully transparent top (which for now I’m calling the “sunroof”) which customizable from built-in apps. One thing to make sure to do so you can take advantage of that is update the Lenovo Vantage software, which is the replacement on their newer machines for their previous iteration, Nerve Sense. Vantage also allows one-click turbo for additional processing power, with the option of having it automatically kick in as needed while playing resource-demanding games. The compact design and fan system is built to handle that extra boost, with dedicated cooling channels for both the CPU and GPU. In addition to the RGB lighting, which projects a cool colored “grill” pattern on whatever wall it’s next to at night, the “Y” logo on the front badging also glows with white LED’s, nice and subtle for the face of the machine. The cool looks come with a ton of ports for I/O. Just looking at the front we have utility for whatever your headset solution is, with a mic in, headphone jack, and 2 USB 3.0 ports. The back has even more for all the peripherals and displays you need. In addition to an audio out for speakers, there are 2 USB 2.0 ports, 4 USB 3.1 ports, an RJ-45 to hardwire into your network, and on this particular model, the peace de resistance – 1 DVI, 1 HDMI, and 3 DisplayPorts for video output.* My one issue is that there’s no USB-C or Thunderbolt ports like the cube’s laptop counterpart has.

* these video outputs are for the nVidia GTX 1060 6GB option, which is the top end selection for graphics for the C730. Other card choices will provide different outputs.

So being a desktop, the regular day test didn’t really matter much. It’s a desktop. It’s plugged into the wall. I don’t have to worry about battery life and I’m using my own peripherals and displays, so that’s really going to hinge on whatever it is you all use at home. All I can say that this will handle your Adobe suite with some graphical power, which is quite a feat on its own. So for this bastion of pico-power, we jump right into the gaming tests. First up as is a mainstay here at Technical Fowl was World of Warcraft from Blizzard, tuning everything up to max settings to see if we experience any hiccups. No joke, more than 25-player raids with constant graphical elements spiraling around the screen, the better test is generally hearthing into major cities like Dalaran, Stormwind City, and Boralus Harbor.

Look, I don’t want to hear it from you Horde players out there. Just imagine I said “Orgrimmar” or “Dazar’alor” and let’s move on. Granted, we have a chicken vendor in Boralus named Col. Tenders so I think the Alliance won the real battle for Azeroth. But I digress.

With so many players entering and exiting all the time, these cities are the longest load bottleneck any time I check in with the world of Azeroth. The C730 had absolutely no issues whatsoever. No clips, no pops, no fragmenting or animation issues at all. On a wireless connection we were looking at 85-95 fps with it dipping to 50 or so in times of major activity – which still looked quite good with everything turned all the way up.

Rise of the Tomb Raider was next. While it has been out for a while and Shadow of the Tomb Raider is the current model, it’s still a pretty good benchmark with built-in tools to check your graphical ability on the Steam version. Plus, the Fowl’s on a budget (Hi Square-Enix, feeling generous with a code?). Here’s what the C730 could do in the built-in tests for Mountain Peak, Syria and Geothermal Valley: Delicious. If you’d like some numbers for comparison, the same tests run on Lenovo’s y530 laptop gave us 50.29 for Mountain Peak, 38.95 for Syria, and 38.93 for Geothermal Valley for a 42.94 overall fps score. In addition to the performance bump, there were also no rendering issues, like when the camera is moving and a platform suddenly appears out of nowhere. It was smooth all the way through. Remember also this is an average throughout the tests. They maxed out at 90+ at times and these are the averages. Then I decided to get a little nuts – this is an 8th-gen i7 with a GTX 1060 6GB. I ran the same tests using DirectX 12 and upping the anti-aliasing from FXAA to SSAA 4x:

Which really is still pretty good. The visuals looked absolutely stunning and the super-sampling did its job by decreasing all those jagged edges, but at the cost of a 20 fps drop. I’ll leave it up to you which you prefer, but in my opinion this is pushing those pixels quite well. This is a pretty solid machine and I can easily pull double duty as a daily office machine given its specs. The high-end processor gives it some longevity and the GTX 1060 graphics handle not only games, but can hang with your graphics work such as dealing with Adobe programs. For my multiclassing purposes it delivers.

We should keep in mind that the review unit I put through the paces is Lenovo’s top-end model for the C730. All the specs listed in this post will currently set you back about $1,500 – which all things considered is pretty good, considering the graphic card itself still costs $300 or more depending on the manufacturer. Lenovo also offers another variant at the same price, changing out the processor from an 8700K to an 8700, which means a dip in overclocking and a speed drop from 3.7 to 3.2GHz, but increasing the SSD size from 128GB to 256GB. That decision is really your personal preference.

Besides those they also do offer a lower-price entry model currently for $1299, but the tradeoff is a graphic step-down to an AMD Radeon RX 570 4GB. With only a couple hundred bucks of difference, I would recommend going for the nVidia editions instead. However they are on a decent sale right now at Lenovo. So what is my verdict?

This is a great machine that will get the job done for 100% of casual gamers, PC enthusiasts, and most other folks that consider themselves to be in the upper echelons of fantasy entertainment. Those who are in the “hardcore” gaming crowd or those that are slaves to specs may balk at this for it “only” having a GTX 1060 6GB. I myself am about balance, and this little industrial cube gets it done for me.

October 29, 2018
Our Review Process
Latest Reviews
Where to?