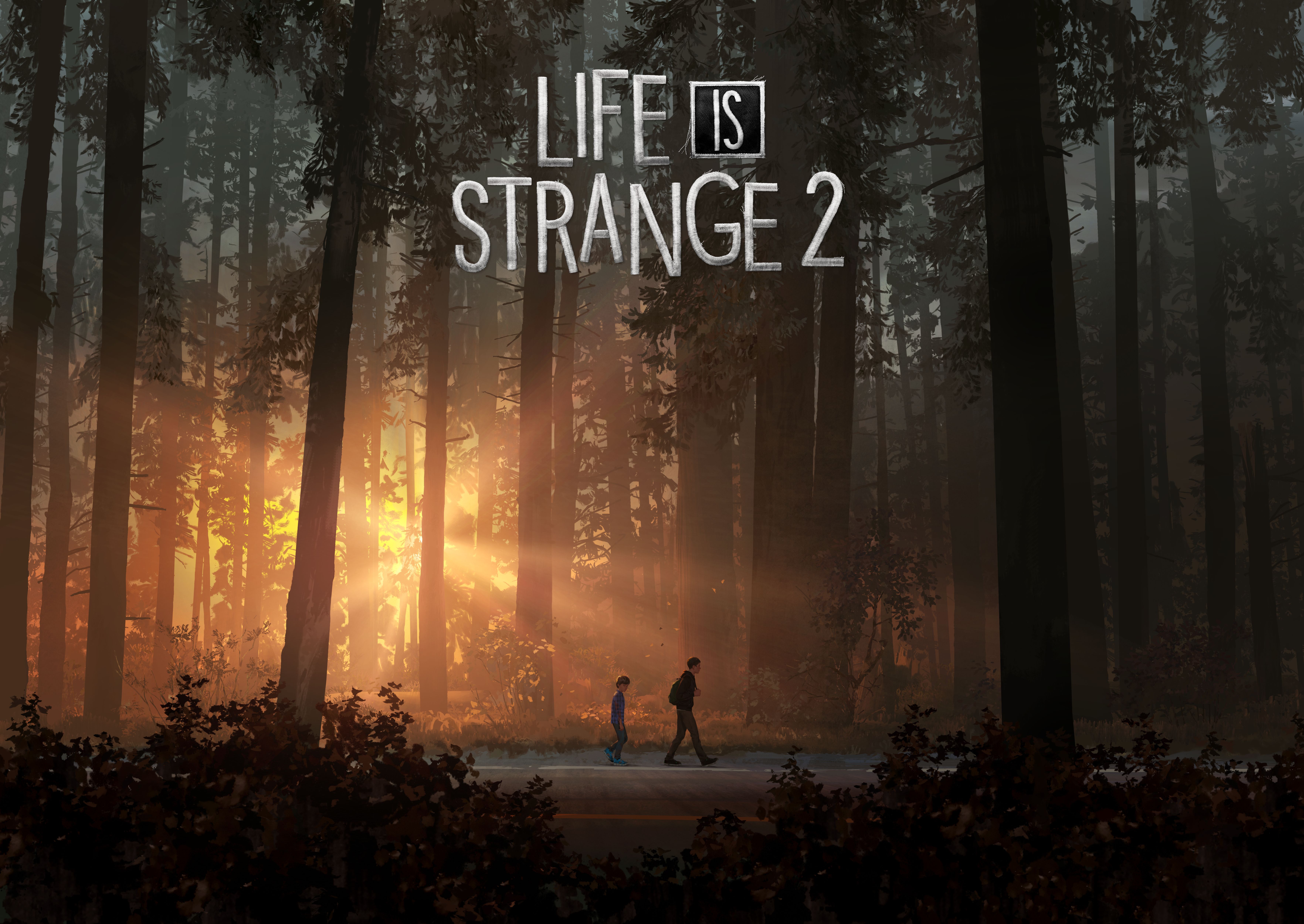 Life is Strange was one of the few games that pulled me in based on just the trailer at a Square-Enix press event around 2015.  I was instantly a fan of the episodic format, as well as the consequence system which altered the story and progression based on how you led Max around Arcadia Bay and Blackwell Academy. It featured an array of social issues and really hit the nail on the head in conveying that Pacific Northwest environment and feel. And I’ve been waiting for a sequel for a long time. There was Deck Nine’s prequel Before the Storm, but I was looking forward to something new from DONTNOD. And after teasing us this summer with The Awesome Adventures of Captain Spirit, the first episode of Life is Strange 2 will be out this week. I was able to talk to Raymond So, Square-Enix’s Product Marketing Manager at PAX West, to get a little insight before release.

After the original game, the prequel, a spinoff, and now a direct sequel, it may be a bit tough to figure where everything fits in the timeline. Raymond was able to clear it all up for us. “Life is Strange 2 is all fit in with the larger Life is Strange universe where Max and Chloe do reside. If you think of the Marvel cinematic universe, all the superheroes live in the same universe. So Life is Strange 2 is basically an expansion of that universe. The timeline is about the same. What DONTNOD likes to do is work on the game at the time that it’s being developed, so it’s present day. So from a timeline it’s 2018.” So we’re looking at right after Max saves (or destroys) Arcadia Bay. (To those screaming “Spoilers!” in their heads, look folks, it’s been years since the first game closed out. I’m well past the statute of limitations on spoiler warnings here). But that final decision does play into the opening of the sequel.

“What’s unique about this game is that if you have a save file from Life is Strange 1, depending on what you did at the end – whether you destroyed Arcadia Bay or not – the characters you’ll see when you first play will actually walk past Arcadia Bay and if you have that save file it will show it destroyed or not.”

My demo threw me into a world and household I didn’t recognize since to me Life is Strange means a game that prominently features Max or Chloe, but it served as a good introduction to the Diaz brothers. To my readers who are also MMA fans, relax – it’s not Nick and Nate as you’re likely picturing right now. The story is vastly different than the first one, focusing on the brothers trying to make it down to Mexico. “There’s two brothers, Sean and Daniel. One’s a teenager, 15 years old, and one’s a 9 year old. And what happens is due to some unfortunate circumstances they witness the death of their father, shot by an inexperienced police officer. That sets off a chain of events where they are on the run from child services. Because they know they have relatives in Mexico, they felt that best thing to do was trek down to Mexico in search of a better life. Throughout the course of that adventure though, they deal with how to survive with each other and learn trust and responsibility. The older brother;s a teenager, he just wants to live his life. Now he’s burdened with the responsibility of taking care of his little brother and trying to teach him what’s right and wrong. So basically it’s a parent simulator. How would you treat your younger sibling? How would you become that role model? So you’re going to be experiencing a lot of those moments where you don’t know if it’s the right thing to do, but your actions will have deeper consequences.” I remember seeing a couple of the consequence trees mapped out from the original game, and let me tell you those things are super difficult to follow, let alone create. But I’m extremely glad to see that the system will return and provide even more replay value. And according to Raymond, it’ll be even deeper. “There’s a much deeper choice consequence system, more complex. There’s multiple endings you’ll see in the game.”

He also teased a new superpower, but Square-Enix is staying mum to let the players find out what it is. The most I was able to find out is that it is tied in to what happens in Captain Spirit (don’t worry, this one I won’t spoil for you).

The episodic format seems to be working for the Life is Strange franchise – I can’t really picture playing the whole thing through as one big game. It’s a much different feel than immersing myself into a series and playing through the 40 or 50+ hours of gameplay and story. Square-Enix seems to agree with me. “We don’t see at as we’re competing with larger titles. We’re like that nice bit of escapism while you’re playing your triple A games, and then whenever a new episode comes out you get to turn your attention to it.  So it’s like bite size digestible episodes that hardcore or casual gamers can enjoy.”

I’m looking forward to some of that escapism later on this week. Life is Strange 2 will be in five episodes, with the first available on September 27 for $7.99 on Xbox One, PS4, and Steam. They are also taking preorders for the full series.

In the meantime, take a look at the trailer below:

September 24, 2018
Our Review Process
Latest Reviews
Where to?