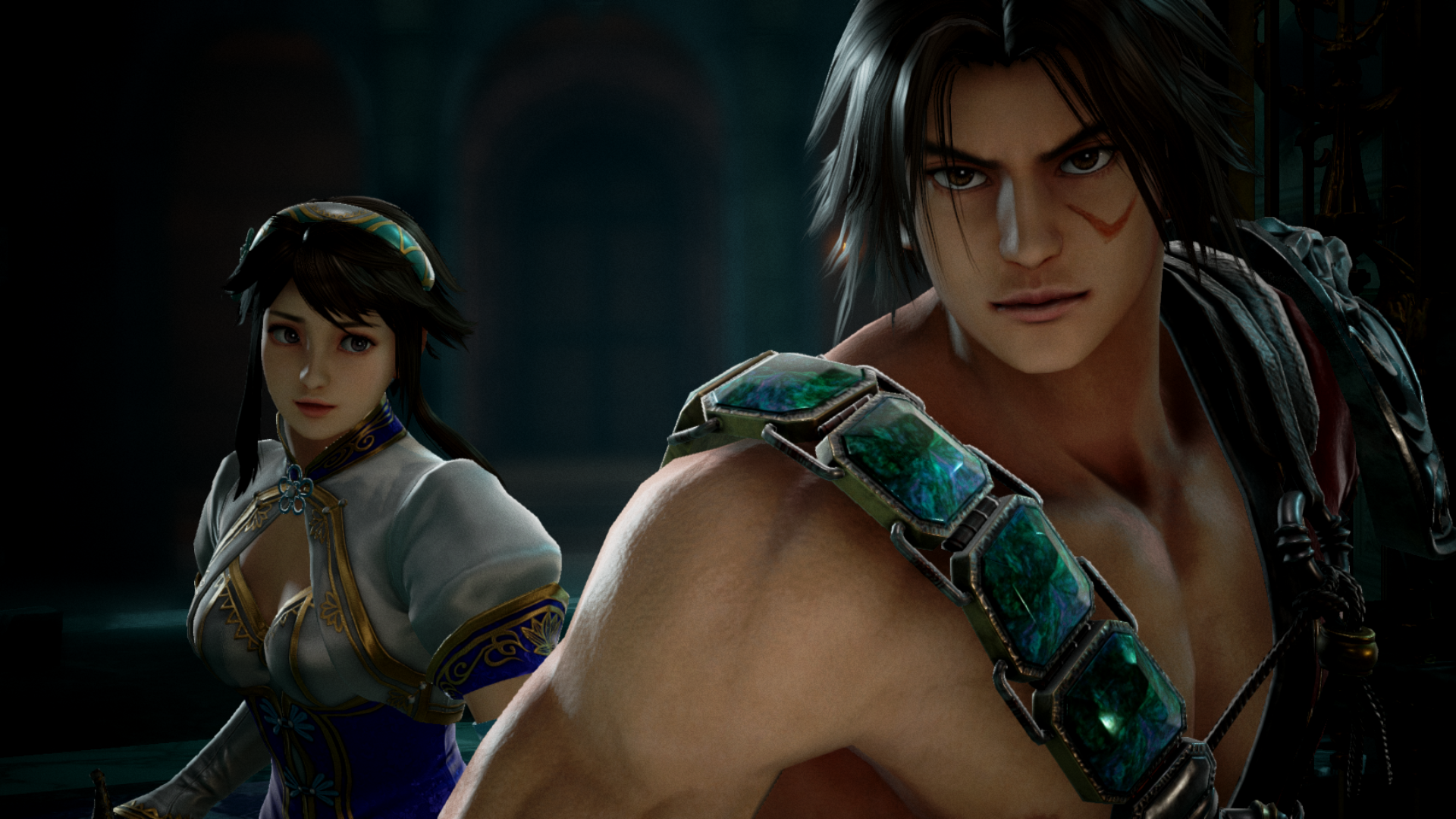 After checking out Soul Calibur VI at PAX East earlier this year, I caught up again with Bandai Namco’s Mark Religioso at PAX West about new developments. What I was really looking forward to talking about was the Create a Soul feature, which he couldn’t really reveal much about back at PAX East.

I’ve always had a ton of fun with the Create a Soul mode in most of the SC games. Of course in every one of them, as my ego dictated, I was compelled to recreate myself. Actually, as my ego dictates, I will try to recreate myself in any game that has some sort of character customization option. The series also gave you enough options to recreate close facsimiles to a number of other fictional characters, or whatever your imagination can come up with. In Soul Calibur III, you could even unlock pieces to make a perfect recreation of KOS-MOS from the Xenosaga series. So what do we have in store for SCVI? Well, Mark could finally talk about it – “In general, Soul Calibur’s always been known to have the most robust character creation mode, so it’s no different here. You actually get to choose from a lot of different character races, as we’re calling them, so a lot of the franchise staples are coming back. You can basically create whatever your imagination comes up with.” Meaning while we had to modify “human” characters with size and coloration in previous games, SCVI has skeletons, lizardmen, and a bunch of other pre-set character races to let your imagination roam. Play styles for your custom characters will be linked to one of the existing characters like in most of the previous games, being assigned “Soul of <character>” move sets. That should be plenty for a lot of players, but I’m always going to miss the custom styles they developed for Soul Calibur III‘s Chronicles of the Sword mode. Some of the staple characters have also been added back to the roster – Seong Mina, Voldo, Talim, Astaroth and Tira have entered the stage of history along with new character Azwel. At the time of writing this, Cervantes and Raphael have also been announced, as TGS is in full swing over in Tokyo. All of them will have their part to play not only in the canon storyline of the game universe, but individual character stories as well. “History hides more than one truth,” Mark said. “So basically we’re going back to the timeline and filling in some of the gaps that you might have experienced in the first game. There might be other characters from more recent games that appear early in the timeline. So obviously there’s one canon storyline for the game in general, but every single character also has their own chronicle story mode as well. So, a lot of content in the game.” Chronicles mode will use a lot of different mediums to present the story to the player. 2D comic style cutscenes will be mixed in with 3D cutscenes and narrated battles. It seems in this sixth iteration of the game, Bandai Namco is combining the best elements of their storytelling mechanics to provide some deep lore and exploration of the original canon timelines.

With this new info, I’m looking even more forward to the October 18th release. I’m ready to create myself and drop some elegant violence on this stage of history.

Return of the Horsemen - Darksiders III at PAX West

September 21, 2018
Our Review Process
Latest Reviews
Where to?