World of Warcraft and Fantasy Football 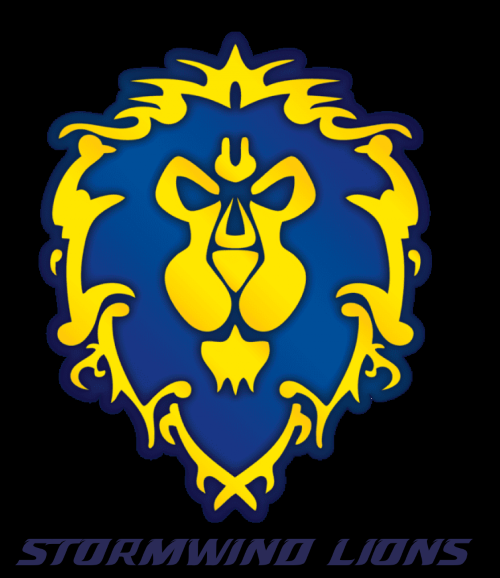 there have been two notable time sinks in the past few weeks for me outside of work and actual living – the first is world of warcraft, trying to level a paladin because the guild needs another tank (and cataclysm drops today), and the second is the two fantasy football leagues i play in.  to the outside onlooker the two things have nothing in common – the classic “nerd” and “jock” social archetypes that you all experienced during your childhood still kind of stick with people through the years.  back in high school and college, most people’s social choices were clearly made between nerdery (and associated gaming/science/tech) and popularity (and associated drinking/sports/people).  that is, until senior year, when no one really cared anymore and everyone just partied because school was coming to an end.  you know, the whole “no more teachers no more books” thing.  but with beer.  while my cohorts and i did try to somehow pull of both paths of society in college, we all sharply leaned towards the former.  friday and saturday nights for me in sophomore year, for example, either consisted of going to $5 to $10 shows put on by small local bands or playing diablo II with the other guys in my wing on the 4th floor of good ol’ forbes hall (sometimes command and conquer: red alert 2 was used as a change of pace).  we didn’t even know our own 4-digit on-campus extensions for our phone numbers, but we could sure as hell rattle off our IP addresses for you.

just the network, 3 engineers, a programmer and sometimes some chinese food.  and we owned, if that’s at all relevant to anyone. but there’s way more similarity between these two things than one casual observer might think.  look at every major MMO or RPG that has been released in the past two decades.  the basic elements of hit points, mana, damage, defense, evasion, etc., etc., etc. are all modifications to different degrees to old school dungeons and dragons and tabletop RPG’s.  these are the same base principles that flowed into other forms of nerd entertainment, like collectible card game magic: the gathering.  everything is driven by numbers.  in warcraft my hunter gains 1 attack power per agility i have, so my choices in weapons and armor will naturally be high in agility, to maximize the amount of damage i can deal.  characters whose role involves tanking, or damage mitigation, would optimize their gear for stamina, dodge or parry to enhance their defenses instead, because more defensive stats mean less damage will be inflicted on them by opponents.  every role has it’s own numerical values, and a player will benefit from learning those patterns and trying to optimize those statistics with stat bonuses and augmentation.

so that’s my quick nerd speech on basic stats in world of warcraft.  so how on earth is fantasy football, a game played traditionally by people into sports, and NOT gaming, related?  it goes back to the numbers-driven play that is present in a lot of gaming.  fantasy football has similar rules.  suppose i wanted to run a successful 10-man raid, let’s say icecrown citadel.  i would want my team to be made up of 2 tanks, 2 healers, and 6 dps (damage dealer) players.  on the other hand, i also want a successful team in my fantasy league – so i would need (in our league setup anyway) a quarterback, 2 running backs, 3 wide receivers, a tight end, a kicker, and defense/special teams.  in both situations, a win is only obtained through good performance from a majority of your players, or if a few perform exceptionally well and carry the rest.  bad performance hurts your chances. your raid will be sunk if your tanks can’t survive long enough.  and your fantasy head-to-head matchup and playoff dreams could be done for if your quarterback is throwing interceptions.  just as anyone who had mark sanchez this week.  poor jets.  poooooor jets.  that game was a massacre.  but anyway, again, everything is based on points.

so like i said, my warcraft hunter may get a point of attack power per agility, but my running backs get 1 fantasy point per 10 yards rushing (plus bonuses) and 6 for a touchdown.  quarterbacks get a point per 25 yards passing.  defense gets points for sacks and interceptions.  meaning while my hunter was delivering 10k damage points per second in azeroth this past weekend, maurice jones-drew was delivering 24 points for me in tennessee. and those points, even though they came from a great run game and not by stacking agility and level 264 gear,  could easily be considered damage – against my opponent for week 13.

see everyone?  fantasy football.  the nerd shall inherit the earth.  on schedule.  and at least make it to the playoffs.

44. EA squeezes some fresh truth juice for their boy tiger

December 7, 2010
Our Review Process
Latest Reviews
Where to?