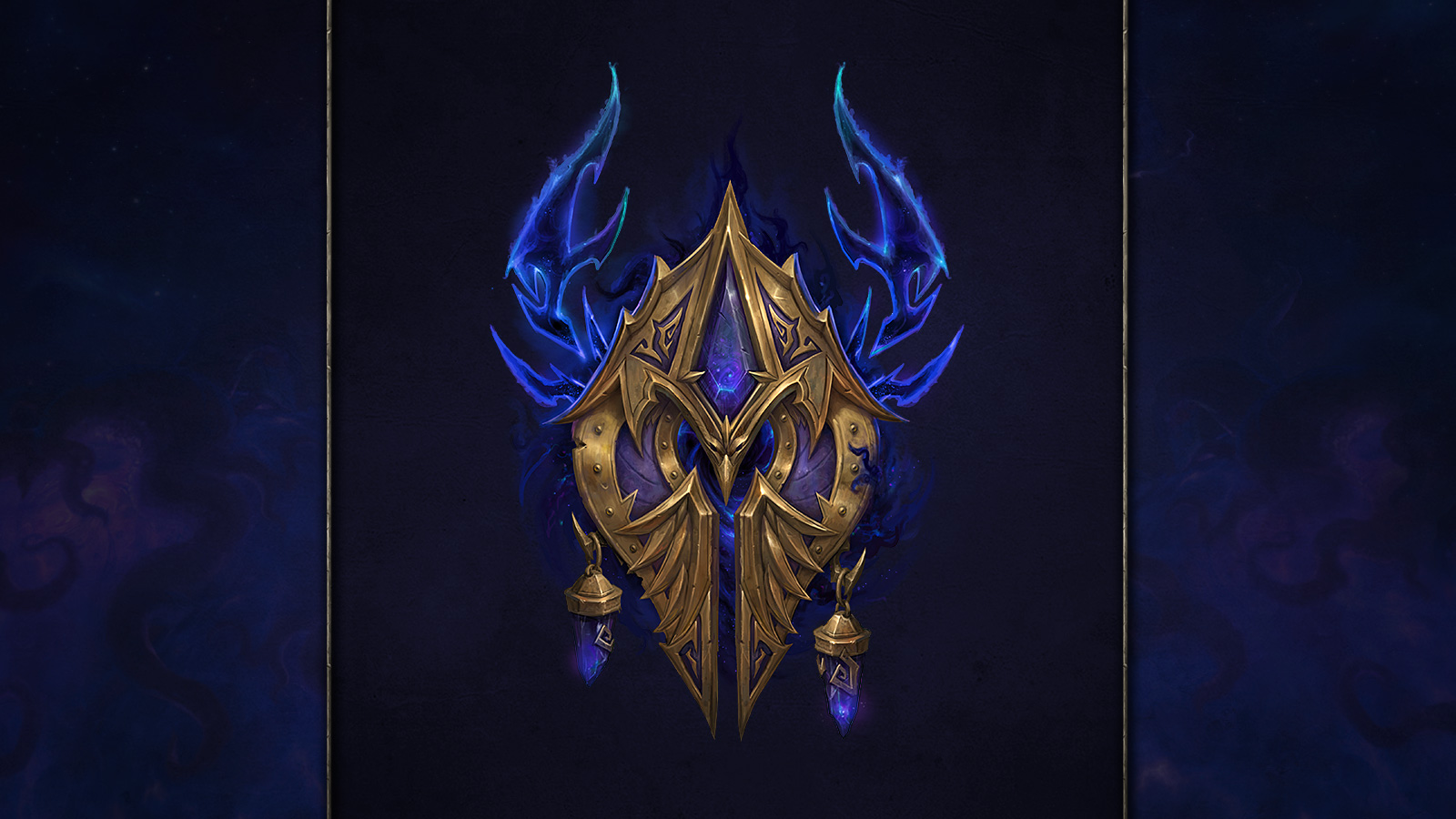 I know plenty of folks that have multiple max level characters on both factions in their illustrious World of Warcraft careers. I just don’t have the time or patience though. To do evvvveeerryyyyything over and over again up to max level on multiple toons? Nah. I’ve been playing since the Vanilla-Burning Crusade transition and I just now (like literally 2 days ago) had a second character outside of my main hit max level. There has to be a special occasion or something different (or seriously just boredom) to crank it up again from level 1 on someone new. Granted, heirlooms make it easier but still it just takes so long and takes soooo muuuch energy! Just to give you an example of my mindset, I did all of the holiday achievements years ago on my main while my guildmates would grind it out on multiple alts for hours a day. I logged off instead. I was convinced that Blizzard would eventually see it my way and make them account wide. And eventually they did.

So I was right. Remember that, kids. I have had the same main since the very beginning- a Night Elf hunter named Tushar (insert 1.2 billion titles here), because let’s face it, my ego is a healthy size and it wasn’t a name that was likely going to be in use. On this toon I have done everything, from original through the current expansion. I haven’t been a regular raider or in a community since Cataclysm, but that’s my dude, and will always be.

So the special occasion this time was the addition of allied races in the Battle for Azeroth expansion pack. If you ground out the appropriate faction reputation in Legion on the Alliance side you’d be rewarded a new playable race, the Void Elves. They’re are kind of a sub-race – a group of Blood Elves dabbling in void magic that got them booted out of Silvermoon, the Blood Elf capital, and thereby the Horde – now playable for the Alliance. See when I first started playing years ago, I wanted to play my main as a Blood Elf but they are a Horde race. I felt more at home on the Alliance side and didn’t get why Blood Elves weren’t available – they would have fit in so well in Stormwind City! So here was my chance to play a version of the original Blood Elf I wanted to play. But why did this feel important to me? I consulted my mental lore geek database and it turns out that the reason was justice.

Reasons go all the way back to my gateway drug into World of Warcraft, and that’s Warcraft III, nearly 20 years ago. And drilling down even further within the game it’s because of one character – Othmar Garithos. In my opinion, he’s the reason that the Blood Elves (the race from whence Void Elves came) were never welcome in the Alliance and ended up joining the Horde. And more importantly, why I was never able to play a Blood Elf in my faction. So why is this so? Why do I blame Othmar Garithos for denying me an Alliance Blood Elf?

Well… because he was a superb level of racist.

[** NOTE: some readers may choose to refer to his philosophy as “Lordaeron First.” That’s a separate, and oddly relevant conversation to have in the current scope of American politics]

See in Warcraft III, the Blood Elves got the screw job for most of the game. And sure, their leader going insane didn’t help matters much. But that extra touch of racism thanks to Othmar Garithos basically sealed the deal.

“They don’t pay us enough to put up with that asshole.” – Dwarven Rifleman At one time, Garithos was left as the head honcho of the local Alliance forces by virtue of being alive and having a famous father. He also held fast to the belief that no trust should be put into any race aside from humans, and even his unit quotes when the player clicked on him reflected that. “The lesser races must be purged from the kingdom” and “I hate working with these… people” were some choice phrases he used while under player control. Garithos wanted nothing to do with any non-Human race (believing Elves and Dwarves never should have been invited to the Alliance), and this viewpoint from the guy in charge generally causes issues and doesn’t really facilitate that team building feel. He isolated Blood Elf units, purposely sending them on suicide missions, hoping the enemy would take care of his ethnic cleansing for him.

The Blood Elves survived what was basically attempted murder with the help of Naga in the area. Garithos of course could not accept another non-human race helping the cause, and sentenced them to die for it. The Naga helped them escape, but ask yourself, if you were in their position, would you ever trust the Alliance to look out for your best interests ever again? Of course not. Our Blood Elf friends went through hell trying to find their way, and we on the Alliance side would never see them with us again. Sure there’s a few lore inconsistencies as far as numbers and the whole High Elf -> Blood Elf -> Void Elf bloodline but whatever. They’re the last outcasts of Quel’Thalas, and I won’t let Garithos win even though he’s been gone for a while. Credit him and his rampant racism for why I decided to start up from (almost) scratch with a Void Elf, and can bring up to max level without minding the grind so much. So in addition to Tushar, Shunya the Void Elf warrior has entered the fray.

The bonus? In addition to the 20 level head start, the Void Elf racial mount is the Starcursed Voidstrider, which translates roughly into void chicken. And I can get on board with that.

February 1, 2020
Our Review Process
Latest Reviews
Where to?