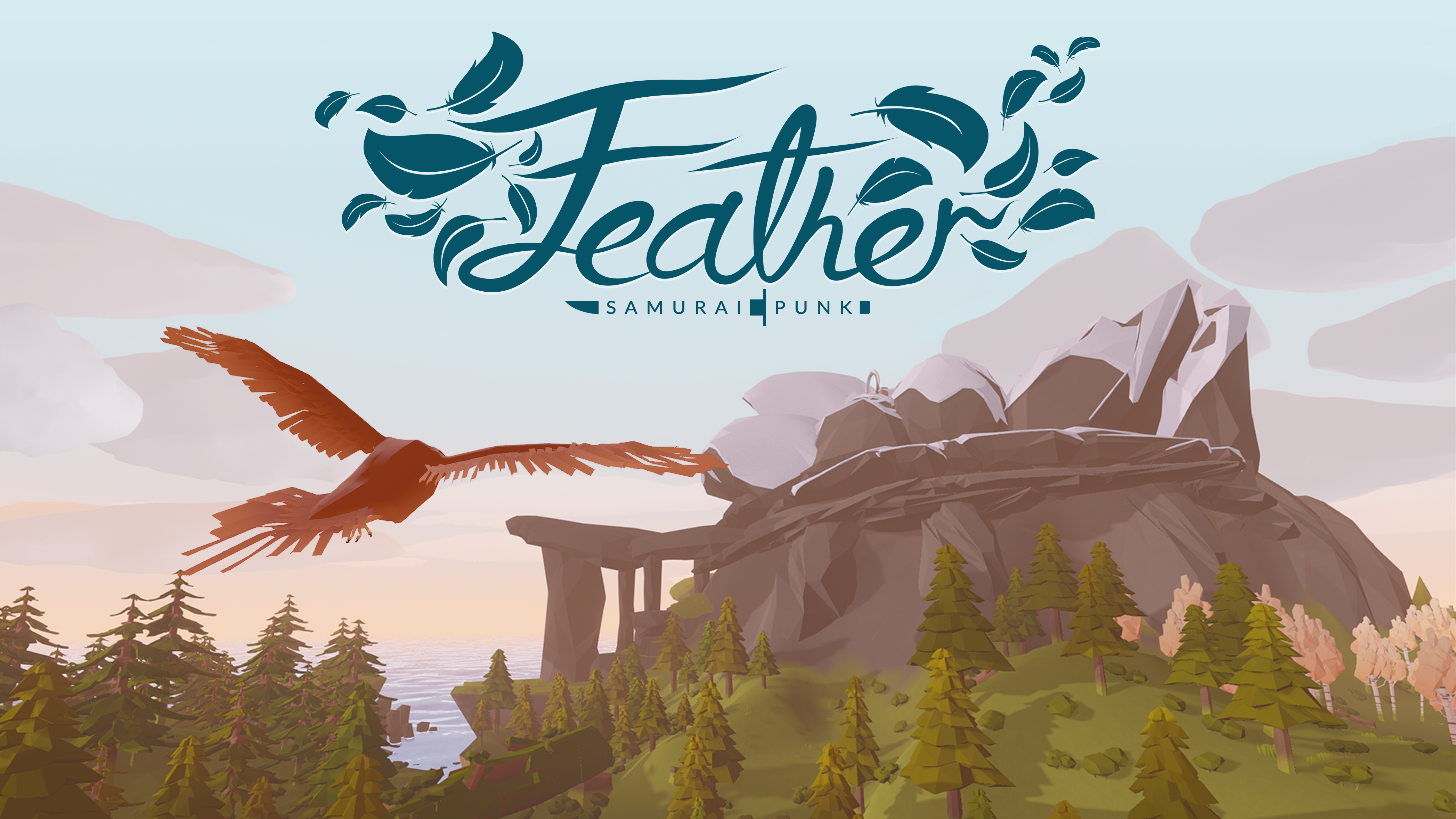 Gaming can be frustrating. With today’s bend on executing Herculean tasks for the sake of those all important achievements, sometimes it’s hard to pick up a title and just, well… relax. Sometimes you just need a stress free experience, and Samurai Punk delivers just that with their new title, Feather. Instead of battling hordes of enemies or racking your brain on mind-bending puzzles, Feather lets you get away from it all, playing as a free-flying bird in a large open world. With no enemies after you and no combat, players can spend time exploring the world, gliding through forests and mountains over rivers, lakes, and ruins – even with a few caves to explore. Everything about it is calming and peaceful, from the serene atmosphere to the ambient soundtrack penned by Mitchell Pasmans.

You’d actually be surprised to know that this was originally an air combat game, but ended up focusing on the joy of the flying mechanic. The focus of the game is solely on flight, and even the game mechanics are designed to be stress free. If you’re picking up speed and run into a rock before being able to turn away for example, there’s no real negative consequence. The game will rewind a few seconds and put you back into safety. Not having to worry about character death or damage or constantly eyeing a health bar is another way the game provides a calm and meditative experience. The online feature lets you share the experience with other players, and you will occasionally see other birds flying around on your map that you can chirp at. It reminded me a lot of the same mechanic in Journey, where other players sharing your space could help you out while you chirped at each other. Feather doesn’t have that same help mechanic, because there’s nothing to help with, and has no effect on gameplay. It’s just another player trying to get some chill, and I can appreciate that.

Other mechanics include glowing rings that look like portals that the player can fly through. This doesn’t affect anything in the game and there aren’t any counters for it, and as far as I can tell they simply allow you to change the music track. What these rings do do though is make the player think – they’re part of a system of ancient ruins and ritual sites scattered around the map, and let you make up your own backstory while you’re flying around. Where did the ruins come from? Why isn’t there anyone here? Where did they go? There is also a portal or two that transport you as high as you can fly, letting you see the entire map from above, which is a pretty cool sight. And graphically, the serene setting doesn’t require major GPU power to enjoy – I was able to calmly skim across the sea without lags or skips on a GTX 660 and 4th-gen Intel i7.

Feather is that game you fire up after a long day of work or when you just need to unwind, giving you the ability to fly and explore an open world and unwind some of that tension while you do. I love games like this because they are necessary, and Feather can be put next to titles like Flower and Abzu as a flowy and calming game with a great soundtrack. There is also definitely some influence from Journey, another relaxing title in itself, with the online play and chirp mechanic, but it stops there since there’s no puzzles to speak of.

While it is relaxing and fun, the downside is that without any additional hints at story or objectives, a session usually reaches its conclusion at about the 30 minute mark. Those kinds of limits are on the one hand great for a short gaming or decompression session, but on the other hand somewhat reduce replay value and can classify it more of a stress management tool than a game.

Our final verdict? With Feather, Samurai Punk has delivered an experience more than a game in the classically defined sense of the word. It’s great for short sessions, relaxing after work for a bit or unwinding after a long day before bed. And while it does carry similar charm as Flower and Abzu in its environment and feel, the limits on the world and lack of clear objectives make it something that eventually becomes reactive play (i.e. “I need to relax”) rather than proactive play (i.e. “I’m going to get to that next level”). That said, it still has its place in my Steam library – because sometimes I just need to fly.

The Technical Fowl score for Feather: 8/10

This review was based solely on the PC version through Steam, but you can pick up Feather on both Steam and Nintendo Switch.

June 30, 2019
Our Review Process
Latest Reviews
Where to?