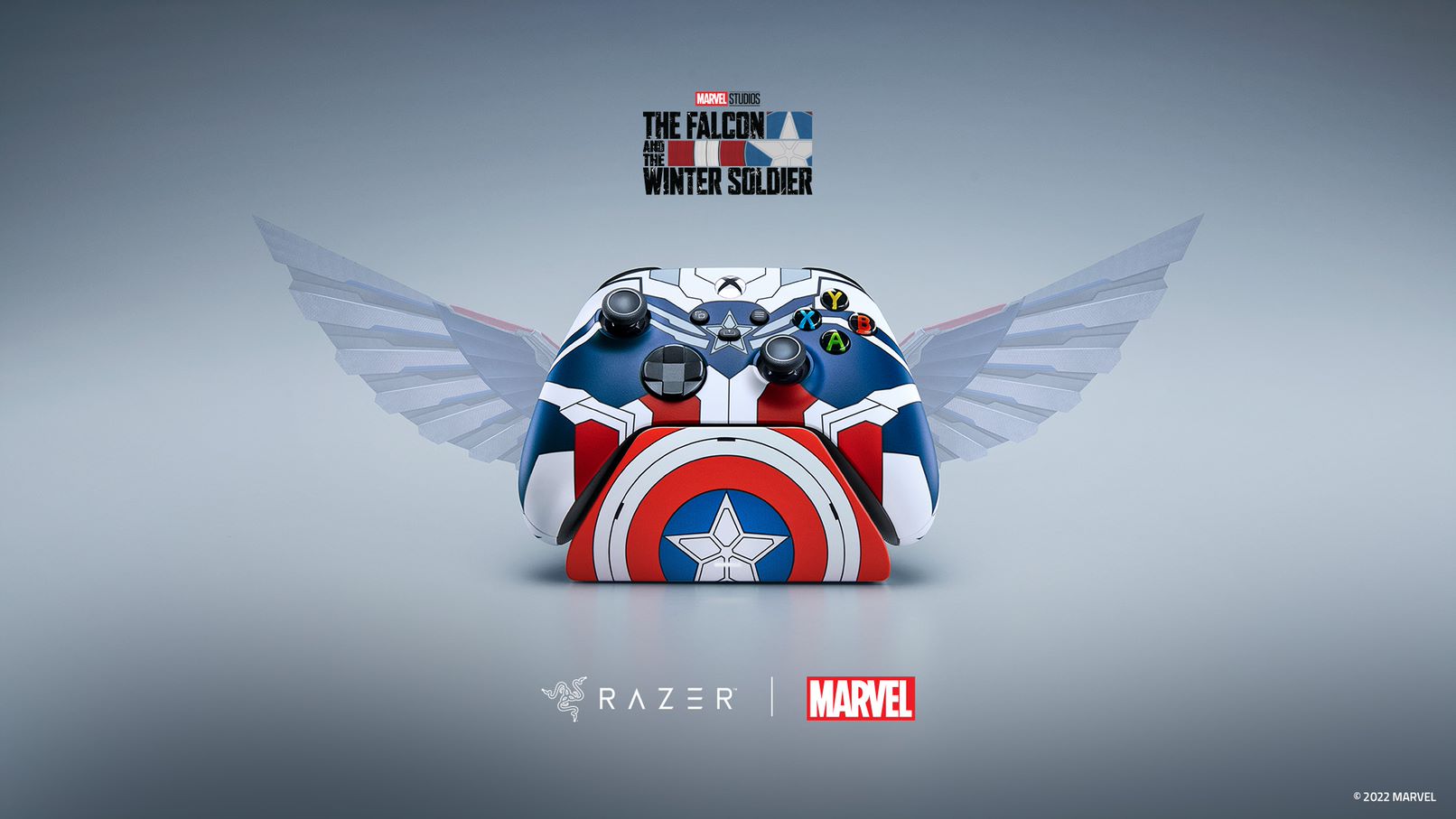 In their ongoing collaboration with Marvel to create console gear, Razer just dropped their newest collaboration – A limited edition Captain America themed wireless XBOX controller with charging stand for $179. Inspired by Marvel Studios’ The Falcon and the Winter Soldier, the design features the suit worn by Anthony Mackie on the controller itself, with the iconic shield on the charging stand.

The wireless and Bluetooth connections allow this to be used with XBOX consoles, PC, and mobile devices running Android and iOS, and the quick charge stand allows a full charge in under 3 hours. According to Razer, “From [Razer’s] first collaboration with MCU’s Captain America to Star Wars’ Mandalorian and Boba Fett, the collaboration will span across multiple IP with many more still to come. *wink wink* May the 4th *cough cough* Razer will be expanding their console line with more exciting and officially licensed gear so keep an eye out for more fan-favorite character collaborations.

We all know what that means so keep watch for what else may be coming from Razer this month.

May 2, 2022
Our Review Process
Latest Reviews
Where to?