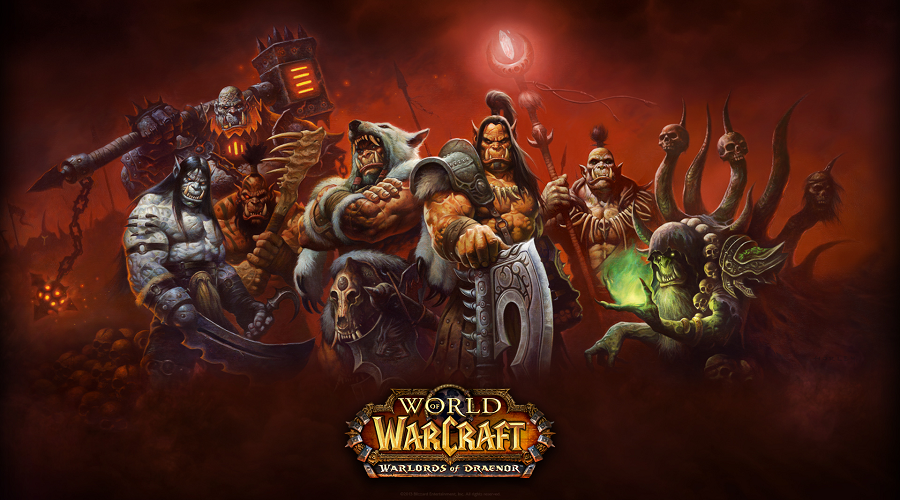 Every WoW expansion pack that has been released over the past few years was shipped with its own personality.  Over the classic “vanilla” build of the game, Burning Crusade was markedly more difficult but had a lot of good content on your way to level 70 (not to mention replacing your epics on the first quest reward).  Wrath of the Lich Kingcame about and it was a far less challenging than its predecessor, but had what I consider to be some of the best endgame content raids in Ulduar and Icecrown Citadel.  It also brought the story full circle for those of us that nerded out on Warcraft III before Blizzard’s MMO days.  Cataclysm brought back the pure grind-it-out progression and the fall of Deathwing.  Mists of Pandaria?  Well, they had pandas and an eastern flair but I never got into it too deeply. Now we’re a few weeks into Warlords of Draenor, the most recent expansion pack to the wildly popular World of Warcraft MMO.  And I’ll say it briefly before I get into the meat of this – I like it.  And it’s not wholly because of the content or of the throwbacks that will let you nerd out on character origins (like seeing Akama as a full on badass Exarch instead of an ubroken roaming Outland). This expansion answered the call for player housing from a lot of the fanbase, and they did it with style by implementing the garrison system.  I probably spend more time tending to my garrison and doing garrison-related quests than I do much else.  My main toon has been a level 100 for a week or so and I think I’ve only run 2 dungeons.  And there’s a reason…

My garrison is a giant project.  And one of my real life off-specs is project management.

The whole campaign starts with bringing people in from the Capital and creating a central outpost under your command to run operations in Draenor for whichever faction you represent – be it the Alliance or the Horde – when you have to sign off on the plans from the first buildings.  And from that point of initial construction, 100% of the mechanics involve running things (albeit in a much more toned down way but you know) in any sort of project.  As you level up more things open up to you in terms of crafting, garrison resource generation, heroes from around the land that follow your lead and run missions for you, and how much time and money it’s going to take to get it all done and customize it to exactly what you want. The player picks what buildings they want to be constructed to produce items or unlock certain rewards.  And other buildings are there to provide resources to get there.  My tannery lets my leatherworking department make stuff for me as well as higher grade materials for crafting and selling high end moneymakers.  My inn is a recruiting place where I can interview potential followers.  Hell there’s even a shack for fishing.  Everything can be laid out (almost) exactly like you want it.  And there’s a panel to track all of it.

And then… there’s the garrison missions.

Every mission that’s run has a reward, but they all have a set resource cost and personnel cost.  When you see a slate of available missions it’s up to you to figure out which skillset goes where, how long it will take and whether the cost and time is worth the reward.  Because nobody wants to wait 8 hours for just a tiny handful of coin.  I mean it’s insulting really.

Take the mission “The Infernals’ Fury,” for instance.  To guarantee a win in 4 hours I need level 100 followers with skills to counter the following: Wild Aggression, Massive Strike and Deadly Minions.  As you can see my girl Qiana Moonshadow has wild aggression covered handily, but I’m short on the other two.  My Dwarven associates Delvar and Bruma are my go-to aces to deal with massive strike and deadly minions.  But here’s the problem – they’re on another mission that is taking forever.  And even while they’re spreading the word of badassery in my name, that doesn’t give me something as good as that armor enhancement token.  So I can’t do this one right now – and that’s called opportunity cost, kids.  When they get back they’ll be assigned here because it’s a more important reward. I can always put in my junior team in though.  They have the same skills, but since they’re not maxed out, my chance of getting that token would drop.  I mean you don’t take Peyton Manning out of the game unless he physically can’t play, know what I’m sayin?

So if Burning Crusade brought the gear, Lich King brought the break, Cataclysm brought the grind, and Pandaria brought the… well, the furries – Warlords brings the project.  And I am loving every second of it.

December 13, 2014
Our Review Process
Latest Reviews
Where to?