Straight out of the Vault-Tec Workshop, ThinkGeek brought a new addition to their exclusive Modern Icons line of collectible statues at PAX East, featuring their 7th entry, Vault Girl. Great timing too, with the return of the Bethesda Game Days event back to PAX East in 2019 where Fallout shared center stage with The Elder Scrolls.  An officially licensed statue, she comes from the partnership between ThinkGeek and Chronicle Collectibles.

This isn’t the first time ThinkGeek and Chronicle have dipped their toes into Bethesda’s own 3D assets for some joint projects. Not only does the Modern Icon line already include the T-51 Powered Armor as well as Nuka Girl, but this team up also brought us 1:1 replicas of in-game weapons, like the super sledge, power fist, plasma rifle and plasma pistol.

Clad in Vault 111 gear, Vault Girl is equipped with her Pip Boy on one hand and a Super Sledge in the other ready to bring down any Enclave as needed. Standing 9″ high on a 4″ diameter base, she gives us all a requisite Fallout “thumbs up” for that shot of encouragement when we need it, or as some conspiracy theories go, to show us how to gauge the potential danger of a mushroom cloud. Either way, this is a well made statue that makes itself available for the geek on a budget. It’s a fun piece not only for folks new to collecting, but for those whose collections need a bit of radioactivity. Vault girl captures that post-apocalyptic retrofuture aesthetic that Fallout is known for, with some of the old pin-up flair too. Take a look at the photos below to get a closer look.

You can pick one up here at ThinkGeek for $49.99, but not forever – Vault Girl is a limited edition statue and will only be available while supplies last. 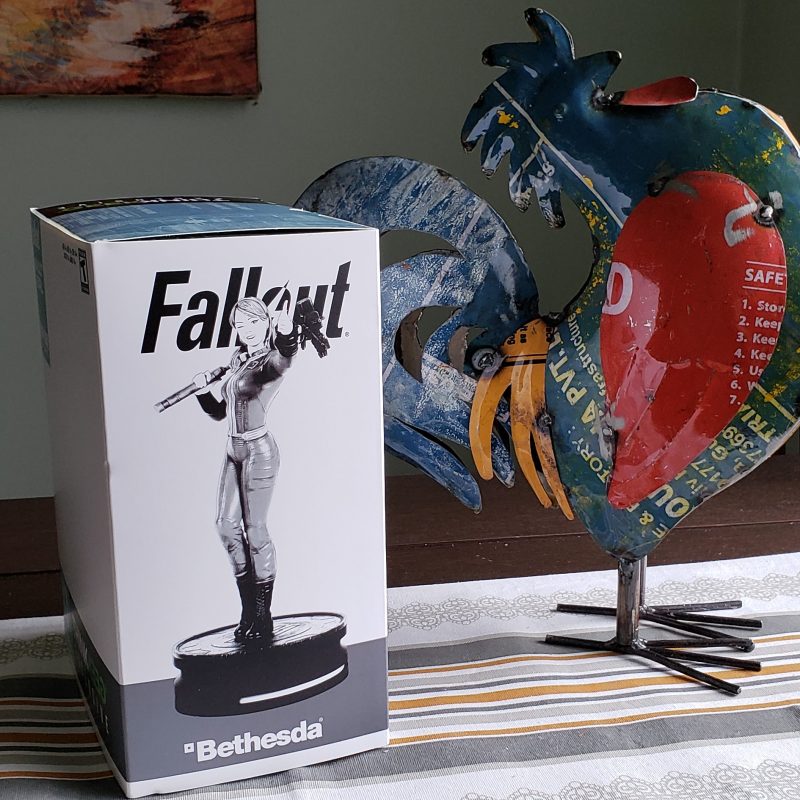 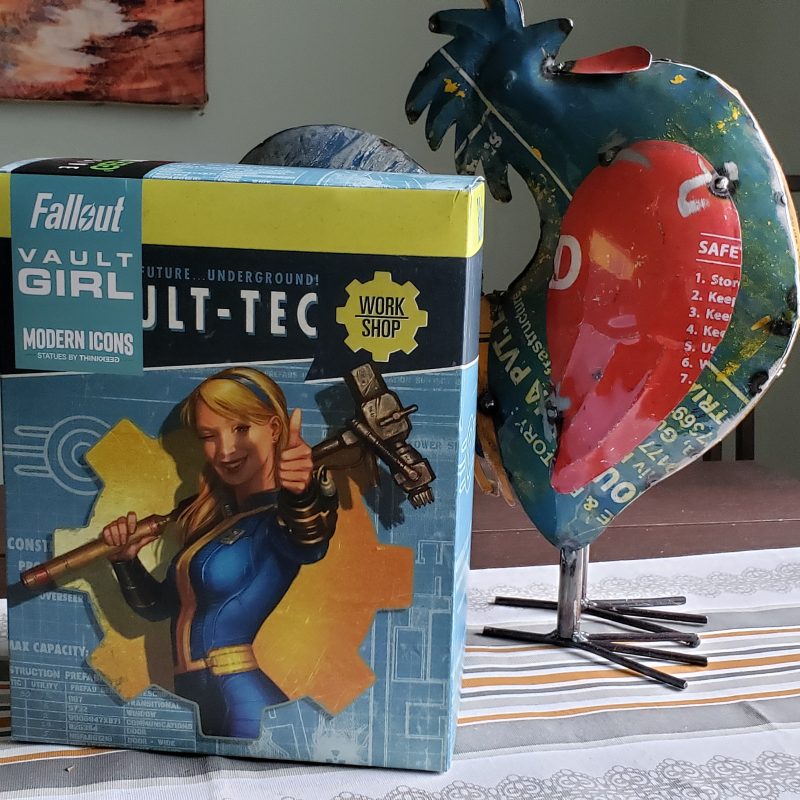 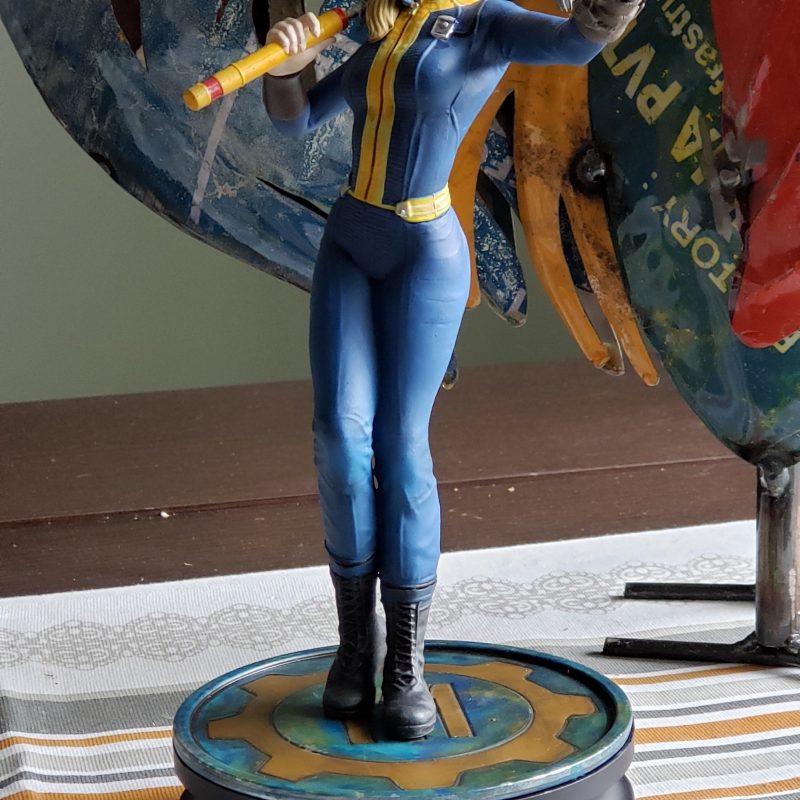 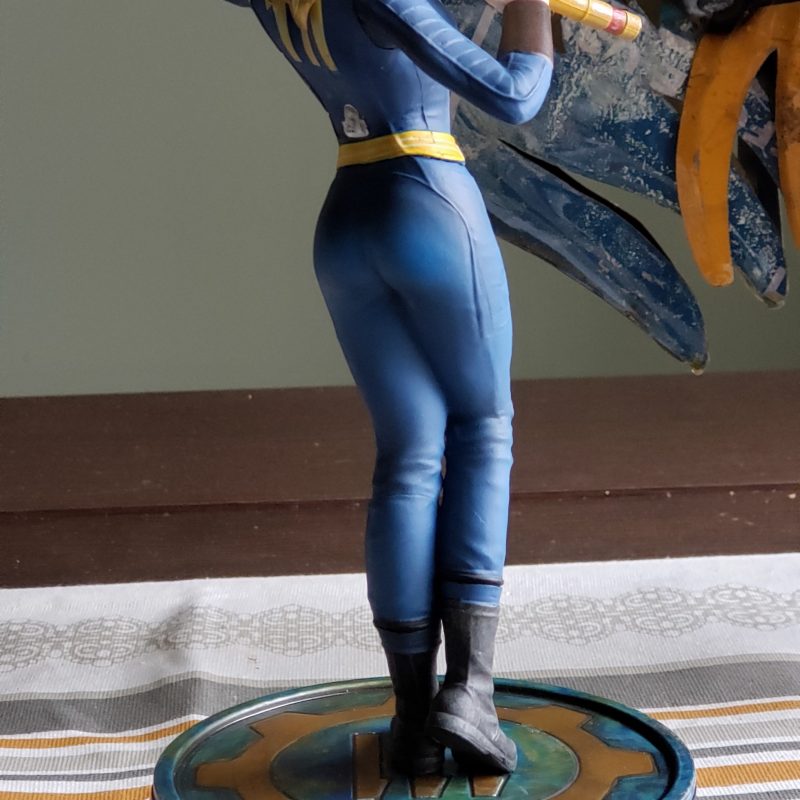 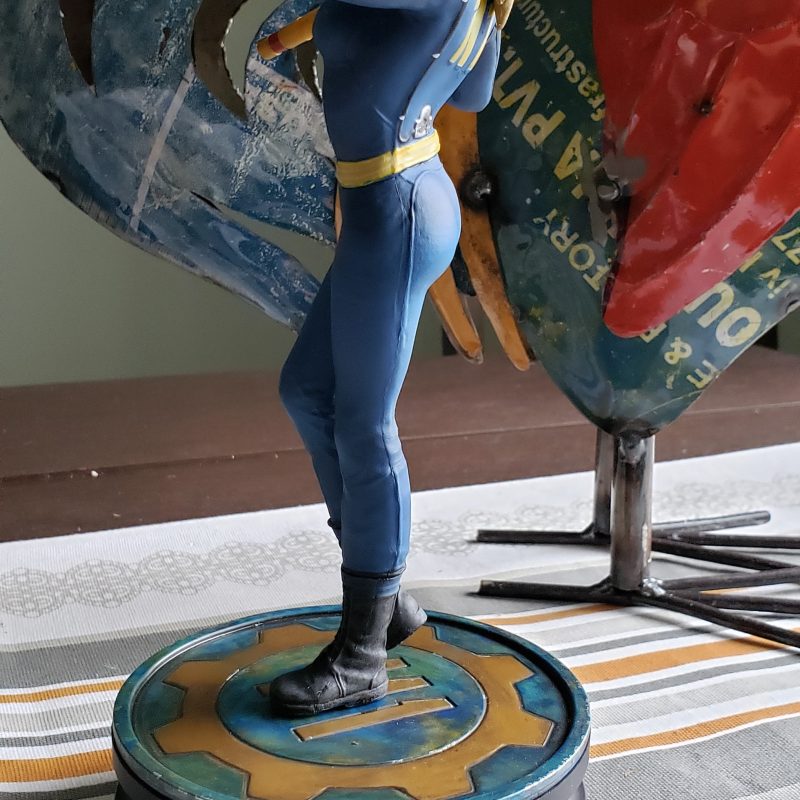 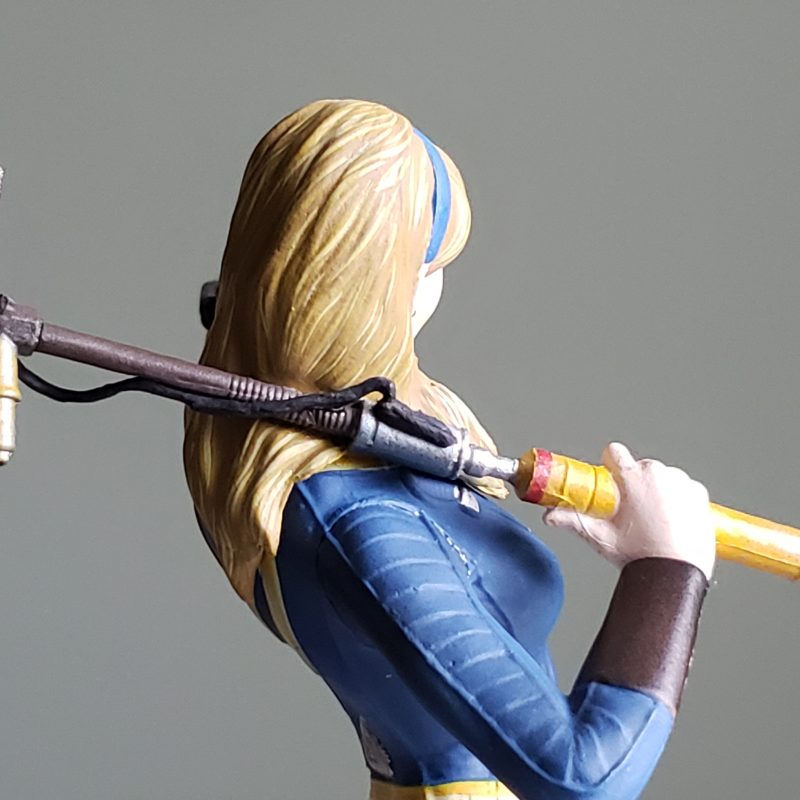 April 8, 2019
Our Review Process
Latest Reviews
Where to?