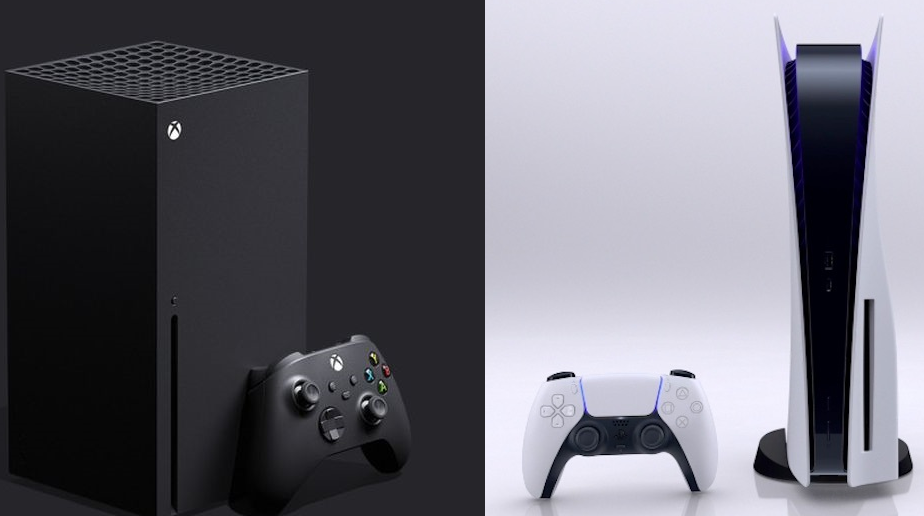 While the year has seen the majority of the world melting down around us, the one thing the gaming public has going for it is that it’s a console year for Sony and Microsoft. The PlayStation 4 and Xbox one hit US shelves days apart in November 2013, and in the seven-year gap between then and now we’ve only seen incremental iterations.

While Nintendo is still riding high on the Switch, Sony and Microsoft will once again be going head to head this Thanksgiving to control your living room. As of this moment there are four consoles, two from each camp. Microsoft has the Xbox Series X and the all-digital Xbox Series S while Sony is rolling out the PlayStation 5 and PlayStation 5 Digital. Now that Sony has finally given us some damn information, we have some specs as well as some speculation. I’ve had this conversation twice over the weekend it only seems appropriate to lay out the facts for you so you can figure out what the hell to buy. Below we’ll hit on release dates, prices, performance and exclusive release lists. Microsoft’s announced dates for both of their consoles – both the Series X and Series S will be available on November 10th this year, with pre-orders starting this month on September 22nd. And now finally after this afternoon’s PlayStation 5 showcase, we know that both versions of the PS5 will be released on November 12th, but only in the USA, Japan, Canada, Mexico, Australia, New Zealand, and South Korea. The rest of the world will have to wait a week for the November 19th ROW release. Pre-orders are as early as tomorrow (September 17th) depending on the retailer so you’re going to want to check. As a lot of us had speculated, Sony came in today with prices to compete with Microsoft. Team MS had already announced prices of $499 for the Series X and $299 for the Series S. Sony followed suit, labeling the PS5 with a competitive $499 price tag, with the Digital version coming in a little higher than the Series S at $399. It’s warranted too – the Series S is in fact a lower-power version of the X, while the PS5 Digital comes with full PS5 specs.

Microsoft did give us another option on pricing though – and that’s a 2 year bundle. If instead of a standalone system you want to break it down into payments and some additional perks, Microsoft has 2-year monthly plans for either an Xbox Series X ($34.99/mo) or Series S ($24.99/mo) that includes Game Pass Ultimate during the 24-month term. But don’t worry about interest – that term comes with 0% APR (with the approval of a Citizens One line of credit). The biggest difference between the two models each company is shilling is the presence of a media slot versus the absence of one. The PS5 and the Series X both have an optical drive with the ability to deal with 4K UHD Blu-ray discs, so they can play disc-based games from the current series or some of the back-compatible ones from previous-gen consoles. The lower-tier versions of both are digital only.

So I hope there’s good broadband where you live.

There have been a million boasts and brags from both as far as the graphical power each console can pump out. The Series X is the winner of the numbers game, coming in at about 12 teraflops (read: twelve trillion floating point operations per second). The Series S comes in at 4 tflops, with both offerings from Sony running at 10.28 tflops each. All four consoles are running custom RDNA 2 GPU’s at the different levels of power.

Look – about those numbers. At a certain point when you’re registering GPU power in **teraflops**, there’s not going to really be a whole ton of difference when you get into the upper registers. It’s a single stat that people love to quote as the be all end all spec of a machine’s capability, but to quote my boss from my first IT job decades ago, at this point you’re pretty much just asking how fast you want “instant” to be. If you are a glutton for tflops though, then you’re likely going to stay away from the Series S, which is in most regards (not just this one), graphically underpowered compared to its elder sibling.

Another hit against the Series S is its 10GB of RAM, compared to the 16GB running in the three other consoles.

So what does all of that graphical power allow these consoles to do? It lets the Series X, PS5, and PS5 digital pump out imagery in 4k at 60fps natively, with support up to 120 fps without in theory breaking a sweat. They also claim to be “8K Ready” so when that type of content becomes available you can enjoy it in full on your 8K television.  If you have one. The Series S is again left alone, and while being able to produce the same frame rate, it caps out at 1440p instead of native 4K resolution.

The Series X wins the numbers game on the processor as well. While both it and the PS5 are running custom AMD Zen 2 8-core processors, the Series X’s is running at 3.8GHz opposed to Sony’s 3.5GHz. The Series S even edges Sony out with its 3.6GHz clock speed.

SUPER IMPORTANT. I would imagine most of us have had to expand the storage on our current-gen consoles (I know I have) to let us install more games without having to delete everything else you have stored. For digital editions, PS4 games can break the 50GB mark, and without terabyte-level storage that was a big problem.

Well… at least for me.

In this new generation of consoles, storage should be a paramount spec in your decision making – especially if you’re going for the lower-priced PS5 Digital or Xbox Series S. These two consoles have no optical drives, so 100% of your games, saves, and apps will be taking up hard drive space.

The PS5 consoles each come with 825GB internal SSDs. The Xbox One X comes equipped with a 1TB PCIe NVME SSD, and in the biggest strike against Microsoft, the Series S only comes with 512GB. Seems a little weird for an all-digital edition that relies solely on digital storage to have a number so low. It’s expandable, as they all are, but still… that feels weak.

All four consoles support USB HDD’s to expand your storage, but each brand has their own unique approach to expansion. The PS5 consoles can actually have their internal storage upgraded, coming with an M.2 slot to drop another SSD inside. Microsoft on the other hand has their own brand of 1TB expansion cards, which fit into a dedicated storage slot on the back.

So what to do with those optical drives and storage? All four consoles are backwards compatible for the most part. The PS5 consoles will work with digital and disc copies of PS4 games, and you should have access to all of your digital wares on your PS account. Team Xbox also offers back compatibility for your Xbox One collection, and goes a bit deeper, also supporting original Xbox and Xbox 360 games you can play through Xbox One’s backwards compatibility.

So ask yourself – how deep is your library?

In my opinion, this is pretty much the #1 thing you should base your allegiance on between Sony and Microsoft, with storage capability coming in second. Why? Because unless you can afford a console from each brand, you can’t find them anywhere else! Now that Sony’s opened their corporate face about some details, here’s some exclusive titles on each console set, with links if I have them:

And that’s just as of today. Both brands are bringing in the heavy hitters for exclusive launch, with classic IP franchises as well as some newcomers. It’s really just up to your taste.

The TL;DR version of my opinion is this – outside of the Series S, ignore the specs. You’re going to get the same thing. Your real decision is which library of exclusives are you going to gravitate to, where your current library sits, and to some extent what network you’re already playing on. My bet is out of those of you that are already in a local or online ecosystem, be it Microsoft or Sony, are going to stay there, unless there’s an exclusive on the other side that you really need to get your hands on.

But that doesn’t rule out the Series S as a real contender. The $299 price point makes it the most affordable console offering we’ll see this holiday season and let’s be real – saving 200 bucks is saving 200 bucks. You’ll still get to play everything out of the Xbox library, just at a lower resolution and without 8K-pushing power.

Personally, Final Fantasy XVI, the new God of War title and others have me on team Sony. Also, most of my current library is PS4 – the last Microsoft console I had was a 360. So for me it’s a pretty simple decision.

And truth be told, most of you will come to a conclusion just as quickly. Watch the links to the games I posted above, and whichever console you go with – let’s agree that all of these games look very pretty, and dope as hell.

September 16, 2020
Our Review Process
Latest Reviews
Where to?